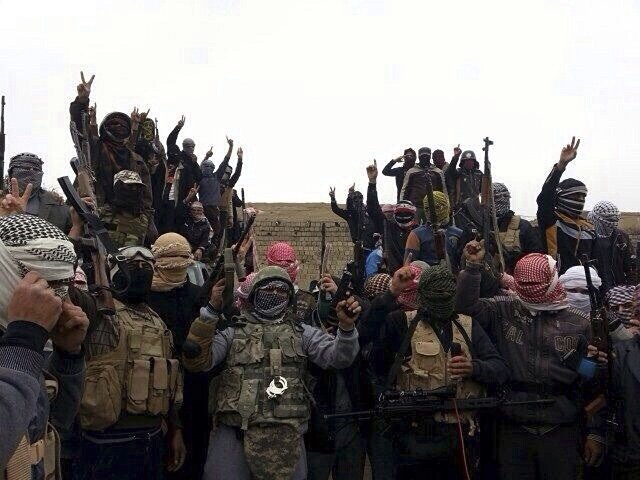 August 4, 2013 3:45 pm 1
The Serengeti terror migration
Syria, the most videotaped war in human history
If Israel Makes Arabs Mad at the U.S., Our Partnership With Iran Will Make Them Even Madder

Published in the Times of Israel (Is Assad Recruiting al-Qaeda Again?)

The closure of 22 US Embassies and Consulates around the Muslim world is unprecedented in scope and in message; it says to the extremists everywhere “America is willing to retreat in the face of danger”.

Why the Obama Administration made this decision may have to do with the level of unpreparedness the US faces overseas as much as the caution behind it not to repeat the Benghazi tragedy.

However, some information trickling about AQ is quite troubling.Â One such information published at Fox NewsÂ statesÂ that AQ elements escaped from prisons in Aleppo, Syria.

“The sources said the closures and the travel alert were also prompted by a spate of recent Al Qaeda-led prison breaks, including one in Aleppo, Syria, this weekend that have freed hundreds of Al Qaeda operatives over the last month.”

Why would Assad hold AQ extremists in a prison in war-torn Aleppo when his more secure prisons in Damascus are home to thousands of Syrian youths who revolted peacefully in 2011?

Dial back to the periods between 2003 and 2007 when the Assad Regime was freeing extremist elements from Syrian prisons to train and dispatch into Iraq to carry out terror attacks against the US troops. The Regime also recruited and welcomed foreign fighters from various Arab countries it trained to fight the US in Iraq. Most of them came from Saudi Arabia and Libya.

Saudi Arabia attempted in vain to stem the flow of Jihadists by issuing a Fatwa against fighting in Iraq. However, in Libya Qaddafi attempted no such effort.

The “Combatting Terrorism Center” (CTC) of the WestPoint Military Academy documented these facts after the US military captured many records in a Sinjar AQ safe house (A town in Northwest Iraq by the Syrian borders) and was able to analyze the information implicating the Assad Regime into the activities of the terror networks.

The CTC, then, produced two reports named the Sinjar Reports, which dated January 2, 2007 and July 22, 2008 documenting the Assad regime full implication in terrorizing US troops in Iraq. To enhance the data, CTC used an analysis software called Palantir, which produced fascinating detailed analysis of the various players, methods, timeline, and facilitators”™ data behind the AQ terror attacks.

One such analysis, uploaded on YouTube, literally connected the dots between the various coordinators of the Syrian Regime and the arrival of AQ fighters into Iraq.

Given the latest and well-coordinated raids to free AQ extremists in Iraq, Pakistan, Libya, and now Syria, the US would do well to look into both the Syrian and the Iranian roles behind these raids, as well as analyze who would benefit the most from such diversion of attention away from the Syrian civil war.

If the Obama Administration is choosing to close these Embassies, does it not encourage the Syrian Regime and the Mullahs to pick-up terror where they left of?

Should we be surprised that Assad may be back to his old tricks and to his habits of terrorizing others?