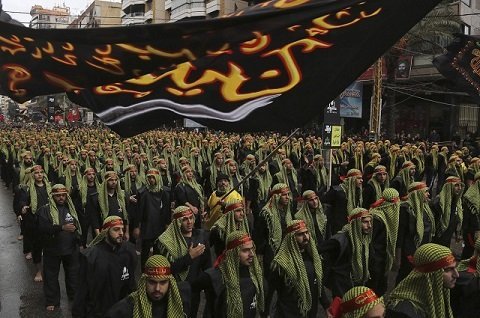 To win in Syria, target Hezbollah

The New York Post – by Daniel Serwer (To win in Syria, target Hezbollah)

The military situation in Syria has turned against the US-supported opposition over the past year, due mainly to Russian intervention. Without some rebalancing now in favor of the opposition to Syrian dictator Bashar al-Assad, the prospects for a satisfactory negotiated political transition are dim.

In a dissenting internal memo last month, 51 State Department diplomats advocated attacks on Syrian government forces to end their aggression against the country’s civilian population, alter the military balance and bring about a negotiated political solution. President Obama has focused instead on fighting terrorism in Syria, but US targets are limited to Sunni extremists such as the Islamic State and al Qaeda affiliates.

There is also a Shiite terrorist organization in Syria: Lebanon-based Hezbollah. It should not be immune.

Covertly since 2012, and overtly since 2013, Hezbollah has deployed forces inside Syria, where its thousands of fighters are aligned with Assad’s army and mainly Shiite and Alawite militias against mainly Sunni forces that Assad regards as terrorists. The Iranian Revolutionary Guard Corps pays Hezbollah’s bills and provides its command-and-control operations. Hezbollah forces have been particularly effective along the border with Lebanon, which provides it with strategic depth and supply lines.

Along with the Russian air intervention begun last September and the Iranian Revolutionary Guard, Hezbollah’s fighters have enabled Assad to make progress against his opponents, especially those associated with the Free Syrian Army fighters backed by the United States. That progress has hardened Assad’s negotiating stance and blocked the UN search for a political solution.

A shift in the military balance is essential to ending the war, which is what Washington says it wants. But Obama has steadfastly refused to go to war against the Syrian, Iranian or Russian government. Even if he wants to, it is doubtful he has authorization from Congress to do so.

But Hezbollah is a non-state actor. It’s also a US-designated terrorist group that has murdered Americans, among many others. Most Republicans and Democrats would applaud an attack on Hezbollah, even if some in both parties would bemoan a move that suggested widening commitments overseas.

Hezbollah’s withdrawal or US targeting of Hezbollah would send a strong but still limited message to the Syrian opposition and its allies in Turkey and the Persian Gulf, as well as to Iran and Russia.

How would the players in Syria react? Hezbollah would likely try to strike at accessible US assets or citizens in neighboring countries, most likely in Lebanon or Iraq. It might also launch rockets into Israel.

The Islamic State, which uses Hezbollah’s involvement in Syria as a recruiting tool, would be undermined.

Russia and Iran could in theory up the ante, escalating their involvement in Syria, but in practice they both appear to be close to the limit of lives and treasure they are willing or able to expend there. Assad would be outraged and promise revenge, but the Syrian government is even more clearly at the limit of its capabilities.

Meanwhile, the non-extremist Syrian opposition would applaud and press hard against the territory where Hezbollah is deployed. Gulf states would likewise welcome the US action and redouble their efforts to support the opposition.

In short, US targeting of Hezbollah would mostly please and embolden Washington’s friends and discomfit its antagonists. It would also reassert US commitment to fighting terrorism of all sorts, renew Washington’s commitment to holding Hezbollah accountable, hasten an end to the Syrian civil war and make a political settlement more likely.

Daniel Serwer is a professor and director of the conflict management program at the Johns Hopkins School of Advanced International Studies.

To win in Syria, target Hezbollah