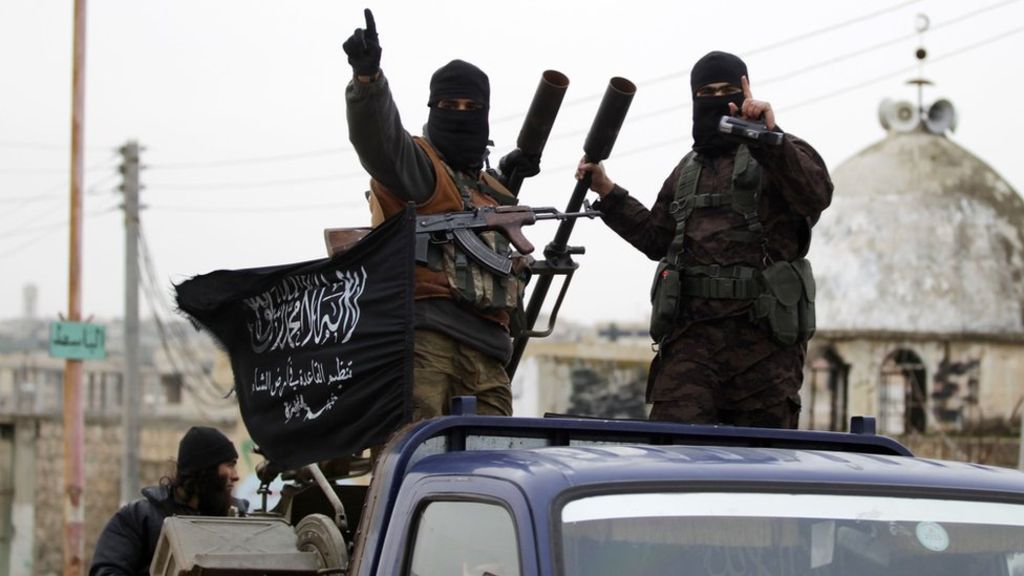 The Jihadist Foreign Fighters in Syria

There are as many as 10,000 Jihadist foreign fighters in Syria all concentrated in the Idlib Province and all fighting the Assad regime. Now that Assad has secured his position as the default authoritarian ruler of Syria, he no longer need the Jihadists he released from prison to start the Islamic State pipe dream. Ideally, Assad wants to catch them and imprison them again for another rainy day when the Syrian people threaten his rule and he releases them again to scare the west into submission.

The last the west should want is for Assad to hold Jihadists in his prison system. Yes, he will torture them for information he can then trade it with the west, but the most likely scenario is that he will keep them alive as an insurance policy. To let them loose again just in case.

WHAT SHALL WE DO ABOUT THE JIHADISTS IN SYRIA?

What to do about the Jihadists in Idlib should be of major concern to the United States and Europe. This time around, Putin can have access to these beasts, and smuggling their most violent of fighters to Europe to tilt the elections in his favor is not out of the question. This problem is as much ours to resolve as any other.

Of course, fighting and killing the Jihadists is the best solution. The problem has been that the evil trio (Assad/Putin/Khamenei) have targeted civilians in the process, which caused a huge exodus and a refugee problem for countries neighboring Syria. Killing civilians is not an option. Barbaric rulers like the evil trio must learn the hard way how to avoid civilian casualties.

As for Erdogan to play a role, it is hard to trust him to capture and jail these Jihadists in Turkey unless we incentivize him enough to do so. We are talking mostly about funding, and possibly some other minor policy adjustments. All worthwhile to rid Syria of these violent barbarians.

THE NSC CAN MAKE A NUMBER OF RECOMMENDATIONS

The NSC brainy lot can propose several recommendations to the President along the above mentioned line of thinking. Justly or unjustly, the United States cannot remain silent in the face of the evil trio bombing women and children with Napalm. Not because it may have an impact on Europe, but because civilized people need not convincing about. It is a moral issue. Our morality, as we speak in the name of western civilization, is failing if we remain silent against Putin’s atrocities. Non negotiable, we say.

This is why addressing the dilemma of the Jihadist foreign fighters in Syria is of utmost importance. It cannot, and should not, be left to the likes of Assad, Putin, Khamenei, and Erdogan to resolve. The first three are killing as many civilians in the process, and Erdogan cannot be trusted to eradicate them from Idlib. An incentive package the United States might offer Erdogan is our best option to stop Assad from using them again as a bait, and for the Jihadists to terrorize in the future.

We owe it to the minorities of the Middle East to find a sensible and effective solution to the Idlib Jihadist problem. Because of all the violence, the minorities are emigrating in droves. Just imagine the region’s future without its minorities. We may never be able to stop violence and barbarism ever again.

Sounds impossible? Just look what Mohammad bin Salman has done. We celebrated him only to find out he is a savage. An immoral man with no compass. The minorities in the Middle East create a balance of civility the west must aspire to keep safe in that tumultuous region.

The Jihadist Foreign Fighters in Syria