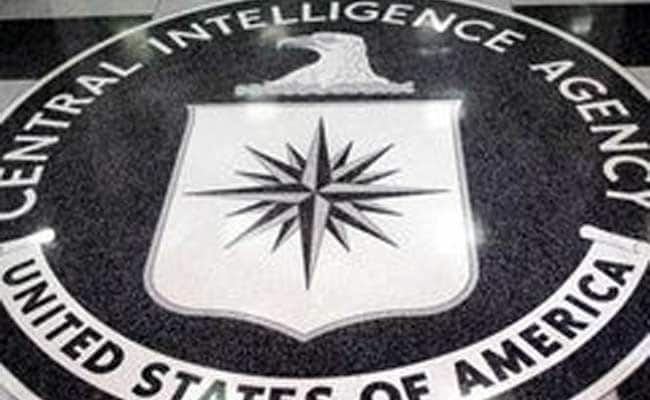 November 7, 2019 8:04 am 0
Time to Indict Assad of War Crimes in Absentia
Evil Khamenei is Planning More Attacks Two Proxies Deep
Why the Coronavirus is Godsend to Iran

Have you ever wondered why a particular Arab dictator enjoys U.S. support while others fail to harness American power as wind behind their back? Besides the obvious dealing with political views of one Arab strongman as opposed to another? In reality, there are two forces dictating Arab politics: The CIA and Israel. Both help a U.S. President shape America’s foreign policy in the Middle East.

Sometimes, both do not see eye-to-eye; but the further the country is from Israel, the less Israel interferes in the process. Of late, however, the Iranian missile program has re-invented and re-fashioned a different, contrarian attitude, which explains why Israel lobbied President Trump to abandon the Iran Deal. One that Obama intentionally ignored to include destroying the Iranian lethal missiles aimed at Israel.

The spy agency has had three pillars it relies upon to assess Arab rulers that seek its support.

CIA PILLAR ONE: WILL THE ARAB RULER BECOME A DANGER TO ISRAEL?

The agency differentiates the real threats from the occasional Friday afternoon sermons that end with chants of “Death to this country or the other”. Israel, on the other hand, believes the full package includes “No open public enmity whatsoever”. Sending the Arab street into a feverish anti-Semitic pilgrimage delays Israeli goals of normalizing its fait accompli of self existence. This is how the 2012 Benghazi attack started.

From the CIA’s perspective, “facilitating” means obedience. Turning off the oil supply faucet is a red line no one crosses. This policy came about during the hardship era of the 1973 oil embargo, which the U.S. never wants to see repeated in any form or shape. Just don’t play dirty with the U.S. economy, or else you find yourself six feet under. As did King Faisal of Saudi Arabia two years after his oil embargo.

Not only are they a threat to Israel, but also to American interests in the region. One Arab ruler is not permitted to decide or dictate the authority of another ruler. That task falls on Langley to exercise. The CIA built a pyramidal and orderly beehive of dictators in the Middle East as it monitors compliance like the queen bee. It is not a surprise that none of the Arab dictators, although threatened by Iran’s nuclear future, has yet to announce and implement its own nuclear countermeasure. Neither the CIA, nor Israel will accept the nuclearization of Arab Muslim countries whose religion refutes her existence.

An Arab ruler seeking CIA backing and favors must show unwavering compliance to these three cardinal rules. The U.S. military bases, many of the gulf countries host, play a double role. They protect the rulers from any outside threats, but they also could become a threat to the Arab ruler himself should he fail to comply with the three sacred pillars.

The military bases message could not be any clearer: Yes, we protect you, but we also can take you out if you go rogue on us.

In addition to CIA’s help, which is part of a larger U.S. policy to insure its alliance with the State of Israel remains the centerpiece of its MENA strategy, Israel, by herself, has influence over many aspects of U.S. foreign policy to extend that layer of protection. This is why some Arab leaders enjoy Israeli full support. Like el-Sisi of Egypt as opposed to his predecessor the Islamist Mursi, King Abdullah of Jordan because of peace with Israel, and the Kurds because of their natural proxy-role to fight extremism and Islamism.

Israeli power to impact U.S. Congress cannot be underestimated. Forged to protect a nascent and rising Jewish State, Israel uses its influence over Congress to protect herself from Arab enemies. Many with an immeasurable capacity to inflict violence and death. Indirectly, the Jewish State often has the ears of a sitting U.S. President because of its own ears on the ground in the Middle East.

All these influences carousel to protect Israel on many levels. President Obama attempted to dilute that influence until U.S. Congress invited Prime Minister Benjamin Netanyahu to speak directly about the detriments of his Iran Deal.

It’s all about Israel, oil, and nuclear weapons. And the two forces dictating Arab politics maintain vigilance over these three pillars.

On any other domestic or international decisions, the Arab ruler enjoys total Laissez-faire by both Israel and the CIA. None interferes when it comes to human rights, or the systematic pilfering of the country’s treasury, or degrading of the country’s brain power because of oppression.

RUSSIAN ROLE THANKS TO BARACK OBAMA

The Soviet Union installed the Assad family. But after the Cold War, the U.S. saw an opportunity to take control of this important country, and neighbor to Israel. Obama torpedoed those plans when he washed his hands free from interfering in Syria’s revolution by helping the moderate forces topple Assad. This invited Vladimir Putin to re-assert the Soviet influence in Syria. Emboldened by Obama’s weakness, Putin also interfered in U.S. elections to install Donald Trump.

We have Barack Obama to thank for Donald Trump as well. Obama’s Syria policy, indirectly, ushered Trump into the White House.

One of the reasons the West abandoned its regime change in Syria plan deals with Cold War order. To keep the peace, both, the United States and the Soviets, operated under a set of rules that respected the other sphere of influence in certain countries. When Putin re-calibrated those rules to Russian hegemony over Syria, the West, after losing its war against Assad, settled for the peaceful co-existence of the Cold War.

Russia keeps Syria in return for the West keeping control over other Arab countries they remain allied with. It is a pact of convenience. The only thing that changed from that Cold war scenario is Iranian occupation of Syria to which Putin agreed to remain neutral about should Israel pursue aggressively its own policy of self-defense.

Israel has aggressively pursued Iranian terror across its borders on two fronts: 1) U.S. help to economically sanction Iran severely and, 2) Attack Iranian assets inside Syria. The rest of the deck has reverted back to the Cold War era. With minor modifications both the U.S. and Russia are in agreement over.

Another exception is the policy of Mohammad bin Salman (MbS) whose rapprochement with Israel made him a favorite Arab ruler. Until he killed Jamal Khashoggi.

Being the arrogant idiot that he is, MbS believed that Israel would simply roll the red carpet for him for some sweet words backed by no action.

So, after the death of Khashoggi, the U.S. Senate began harassing MbS by passing anti-Saudi resolutions. Why? We suspect because MbS ignored Israeli contributions to Saudi commerce. The billions Saudi Arabia intends to spend to re-engineer the kingdom must have missed inviting Israeli companies to participate.

Lesson learned by the young bronco kicking the wind. If you are sincere, Israel looks for deeds, not words.

How Arab rulers get their U.S. support is a much more complicated matter. Absent from this analysis are the domestic factors very much at play, which do influence the CIA. It would be hard to maintain a grip over the ruler if he does not enjoy tribal or street support.

Often due more to tribal roots than intelligence and charisma.