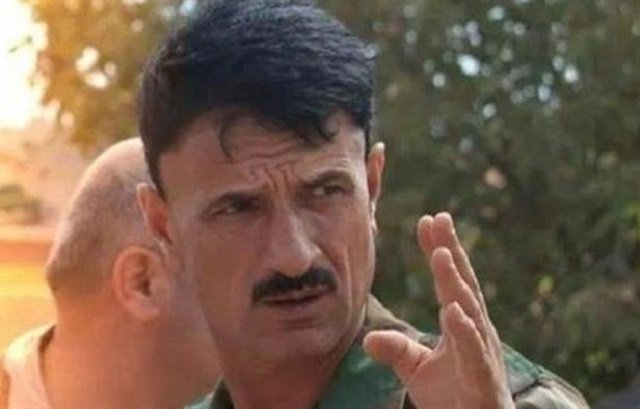 A top Syrian army commander who has achieved celebrity status among regime supporters has reportedly been injured in an assassination attempt.

In a report published Monday, pro-rebel outlet All4Syria said that Colonel Suheil al-Hassan—the leader of the Syrian army’s crack “Tiger Forces”—has been “been absent from the theatre of Syrian regime military operations recently.”

“This [development has come] after an incident in which his bodyguard was killed and he received a head injury,” the outlet claimed, citing a defector.

“Pictures of Colonel Hassan circulated recently on social media are not him,” the defector said. “It’s someone who looks like him.”

On Sunday, a video emerged purporting to show Hassan conducting a field inspection in the east Homs province amid the battles underway there between regime troops and ISIS.

All4Syria’s source said he believes Hassan is probably undergoing a surgical operation after sustaining a head wound in recent weeks.

“The injury was plain to see in pictures… of his participation in the funeral of his assistant, who was killed during an attempt to kill Hassan himself,” the defector said.

All4Syria provided a picture purporting to show Hassan in the funeral with his head wrapped in a bandage, however a Google search reveals the image dates back to early August.

Hassan has risen rapidly through the ranks of the Syrian army during the course of the civil war in the country, gaining prominence in 2013 when he was tasked with forming his own crack elite unit to conduct offensive operations.

His “Tiger Forces” gained fame for relieving regime troops besieged in the Aleppo Central Prison in early 2014 and retaking the Shaer gas field from ISIS later that year.

The battlefield successes boosted Hassan’s media profile, with a cult of personality emerging around the Syrian officer who has been feted by regime supporters as a hero that does not lose battles, despite recent reverses in the Idlib province and adjacent Al-Ghab Plain.

In a December 2014 report, leading French daily Le Monde postulated that Hassan’s celebrity status—especially among Syrian Alawites—could even put him in a position to rival Syria’s Assad.