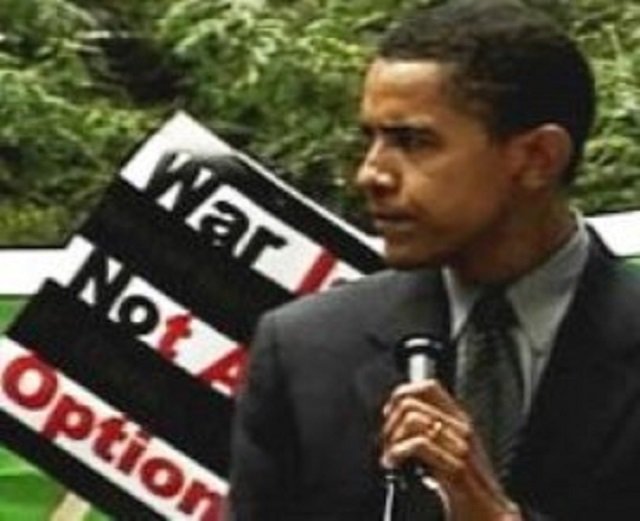 September 21, 2015 12:08 pm 0
Hear us out
Why Obama is ISIL dream recruiter
ISIS Reaches US Because of Obama’s Iran Deal

President Barack Obama sustains his narcissistic personality on the notion of achieving significant policies. ObamaCare has mapped his significance domestically and the Iran Deal aims to map it internationally. The whole premise of Obama’s Iran Deal rests upon the premise of a non-interventionist America.

But non-interventionism is also demonstrating Obama’s insignificance, which is the reason why Obama keeps tweaking his policies in search of that eternal fountain of significant presence on the international stage. No matter, it is oxymoronic to consider that non-intervention leads to greatness in a world where the likes of Assad, Khamenei, and Putin reside. It is obtuse on the part of our president to think that relinquishing America’s power leads to finding his own in the midst of men who forcefully take what they consider to be theirs through violence and death.

Whether Barack Obama would ever realize this paradox is uncertain. So far, with Russia fully planting both feet in Syria and its fist in Obama’s mouth, he has yet to show any signs he understands how little he matters in the world of his own creation.

Many of Obama’s followers would argue for non-intervention on its puristic and ideological basis. Socialism in America wants to see our footprint shrink at the expense of our exceptionalism, even if extremely violent rulers like those of Khamenei or Putin, fill the gap instead. Their argument portends to an act of patriotism, which aims to protect U.S. troops from foreign wars, but in reality theirs has ideological traits, proven unworkable, that Obama’s followers either ignore or do not fully understand.

Non-intervention leads to insignificance. In our case, Obama’s non-intervention has led to his insifigance, but more importantly to the insignificance of our nation. Putin would have never dared plant the Russian flag on Syrian soil if the Bush-Cheney team were at the White House.

It is hard to imagine the amount of time the next president would be spending in order to correct Obama’s mistakes. It may take several presidents to undo his damage on the domestic and international fronts. Dislodging Putin from Syria is going to take America to new horizons full of unmitigated risks to include the possibility of another American war in the Middle East. Restraining and containing Iran, now flush with capital and imposing its evil upon U.S. Arab allies, will certainly cause America to send its sons and daughters to the region eventually.

And when history blames Barack Obama for destroying America’s power and credibility, Obama would be blaming his critics, the sitting U.S. President, Congress, and anyone that comes to mind to deflect from his own irresponsible behavior and a deadly ideology America’s DNA is ill-prepared to fuse with.

What a great man Barack Obama is
Do not Obamize this deal
Arabs, Trust Obama and Die
Slippery Barack Obama 976