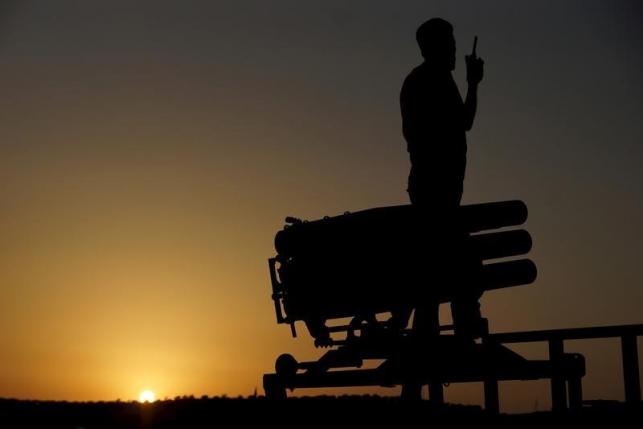 September 21, 2015 7:28 am 0
Obama’s JV is Now Obama’s Varsity in Afghanistan
Obama is Gatorade to extremism
When isolationism leads to crimes against civilians

Rebels who have inflicted big losses on Syria’s Assad armies say Russia’s intervention in support of its ally will only lead to an escalation of the war and may encourage the rebels’ Gulf Arab backers to pour in more military aid.

It may also encourage more Chechens to join the fight in Syria.

Russia’s deployment is prompting a reassessment of the conflict among insurgents whose advances in western Syria in recent months may have been the catalyst for Russia’s decision. U.S. officials say Russian forces are already arriving.

Rebels interviewed by Reuters say they have already encountered stronger government resistance in those areas – notably the coastal heartland of Assad’s Alawite sect – and now predict an even tougher war with Russian involvement.

Some see an opportunity in the Russian deployment, predicting more military aid from states such as Saudi Arabia. That signals one of the risks of Russian involvement: a spiral of deepening foreign interference in a conflict already complicated by a regional struggle between Saudi Arabia and Iran.

Hoping to galvanize more support, rebels are evoking the Soviet failure in Afghanistan as a model for their struggle, and depicting Russia as a new occupier. But they also say this means the war, already in its fifth year, will go on even longer.

Abu Yousef al-Mouhajer, a rebel fighting in the Latakia area where Russian forces have deployed at an airfield, said:

“It is in our calculations that the battle will now extend for more years than it would have without the Russians.”

Other Syrian rebels ready. fighting for Ahrar al-Sham group, part of an alliance that has advanced in the Assad-held west, said in response to Russian invasion:

“The Russian intervention has come to save the regime.”

Like other Syrian rebels interviewed for this article, they spoke via the internet.

U.S. officials say Russia is undertaking a significant military buildup at the airfield, including fighter jets, helicopter gunships, artillery and as many as 500 naval infantry.

While Russia has not been specific about its goals – saying its support for Damascus aims to fight terrorism – rebels in the west believe their area of operations is the priority because it poses the biggest immediate risk to Assad.

Russia operates its only naval facility on the Mediterranean in the Syrian city of Tartous near Latakia.

Islamic State, while a growing danger, is seen as a lesser threat to Assad for now. Putin needs ISIS to be strong to keep the West busy with its danger.

The insurgents fighting near the coast include the Nusra Front, al Qaeda’s Syrian wing, 30 percent of whose fighters are foreign jihadists inspired by the aim of battling the Alawite-led government. They include Russians, Asians and Chechens, the Nusra Front leader said in an interview earlier this year.

Moscow has said its military support for Damascus is aimed at fighting terrorism, safeguarding Syria’s statehood and preventing a “total catastrophe” in the region. The Syrian rebels ready for Russia and fighting near the Assad stronghold believe they are the targets.

It has sent greater quantities and new types of weapons to a Syrian army which has been suffering a manpower problem.

The support adds to the foreign backing Assad has already received from Iran and Lebanon’s Hezbollah, which has been fighting alongside the army for several years. Iran has mobilized Iraqi and Afghani militias to support the government.

In the meantime, Obama seems to have been caught with his pants down. As usual.