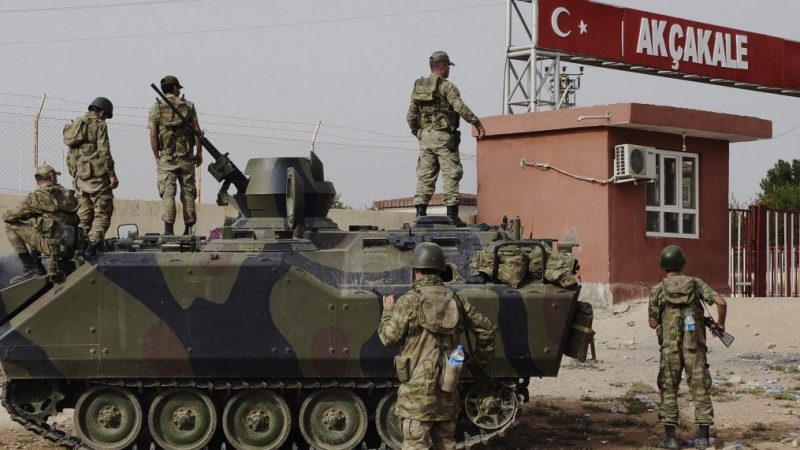 October 3, 2012 5:09 pm 0
How to Beat ISIS: First Deal With Assad
Nuclear Syria or Intelligence on al-Qaeda?
U.S. peace talks on Syria over before start?

In an unprecedented move, Turkey shelled targets inside Syria today after the Syrian Army shell rounds hit Ackacale, a Turkish border town killing a mother and her four children and injuring 9. An emergency meeting in Washington by NATO countries was held this afternoon to discuss the escalating situation. Turkey is a NATO member country. It’s official, Syrian war has turned regional.

The Office of Turkey’s Prime Minister issued a statement declaring:

“Our armed forces by the border have immediately responded to this reprehensible assault. Under the rules of engagement and international law, Turkey will never let the Syrian regime’s provocations targeting our national security, such as this one, go unanswered.”

The US added its voice to those of NATO and Turkey by also condemning the Syrian attack. State Department declared that “This [is a] clear violation of Turkish sovereignty”.

What started as peaceful demonstrations against Assad has, in 18 months, turned into a regional war pulling Iranian and Lebanese (Hezbollah) fighters to aid a weakened Assad regime. As of today, Turkey is the official third country to play a direct role in Syria. Two other Gulf countries, Saudi Arabia and Qatar, have been played an indirect role in the conflict.

Not long ago, both Reccep Erdogan of Turkey and Sheikh Hamad al-Thani of Qatar were hosted in Damascus with great pomp and fanfare. Today, both are trying to oust Assad.

Killing mothers and children has become truly an Assad specialty and I cannot imagine the Turkish people, after reading their news in the morning, not back their government to take the fight to Assad inside Syria.

Turkey may just start using its Special Forces to target specific targets that endanger Turkish lives. According to a report in the Wall Street Journal, Turkish TV showed “Footage of Turks who were kidnapped in Syria and Lebanon by groups loyal to Damascus, which were targeting Turks seemingly due to Ankara’s anti-Assad stance.”

Turkey is preparing its people for war.

Is Obama Redistributing Power Too?
The Muslim Arab Middle East in Technicolor
Assad Back to His Old Tricks Trying to Kill Lebanese Politicians
Syrian Revolution 1335