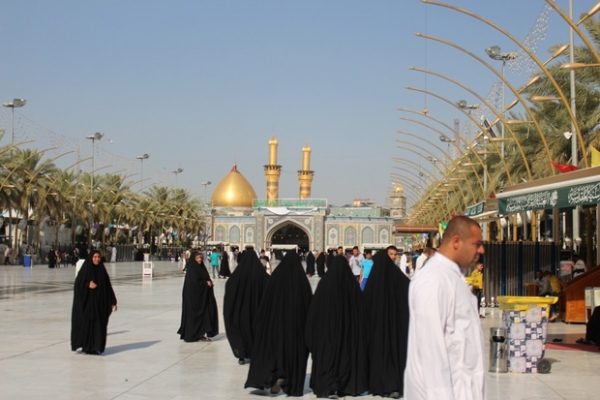 Their Oxygen is Our Stupidity

October 4, 2012 10:11 am 0
Obama is Gatorade to extremism
The Strange Case of Dr. Obama and Mr. Hyde
Obama Calls on World to Sanction Assad But Buys Weapons from Russian Firm Killing Syrians

The item below has come to my attention from the Shia Rights Watch. Needless to say how important it is for Syrians to respect the Shia of Syria and differentiate between those fighting with the regime and the innocent Shia caught in the middle of this war. The more respect and security we accord the innocent minorities, the more respect Syrians will earn in political capital that will become immensely important for the future of our country. The more Syrians show compassion and understanding towards fellow Syrians, the weaker the extremist regimes ruling all over the Middle East become. Their oxygen is our stupidity.

Those who are fighting with the Assad regime (no matter their background or denominations) must be delivered an ultimatum and warned about the consequences of their actions (See Act or Be Accountable). Our courts will hold them ALL accountable. No exceptions based on religion, or any other form of discriminatory action. Their oxygen is our stupidity.

Syria is among countries that the unrest initiated to gain peace and  freedom transformed  to a war against Shia Muslim. Many Shia Muslim were kidnapped, tortured and abused by terrorist groups. Shia Rights Watch aimed to inform the FSA and Syrian government about the unfair and inhumane situation of Shia in this country and to convince them to issue a statement condemning the violence against Shia Muslim. Unfortunately both groups are busy killing each other more than caring to stop the violence against innocent residences.
Shia Muslim seems to be the main target of the terrorisms in this country. There were many incident reporting the Shia being killed because their faith. The following are some of many incidents.

The mentioned incidents are among many others that Shia Muslim’s human rights were violated. Shia Right Watch monitors the situation in Syria every day updates the information daily. Please visit our web for more information.

Their Oxygen is Our Stupidity

In Syria, hints of Soviet helicopter tactics from Afghanistan
From Obama Horse Manure to Obama Horse Panic
Washington, we have a problem in Syria
Opinions 1017 Syrian Revolution 1335 Things That Matter 382