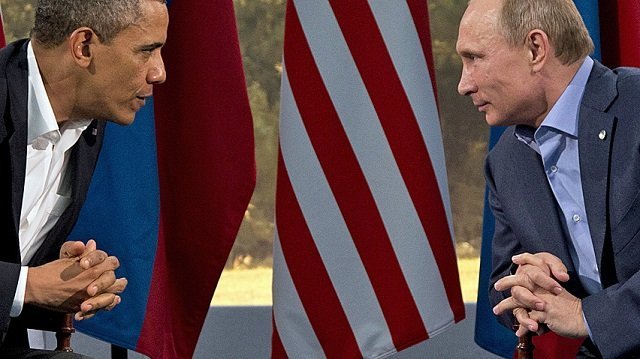 World Leaders Legacies Written With Their Silence Over the Assad Crimes

August 17, 2015 7:30 pm 0
If the Roman Empire Fell to Terror, What are Assad’s Chances?
An Intelligent Citizen’s Guide to Iran Policy
The Paper Bag President

Remember WWII? Remember how history recognized those who stood up to Hitler and those who appeased him? Do you think if they knew this is how history would remember them, they would have done differently?

History will remember Barack Obama, Vladimir Putin, Ali Khamenei, and Baschar al-Assad as inconsequential leaders who lived to destroy humanity instead of working for it. History will remember these four men the way history remembers Hitler, Stalin, Chamberlain, and Mussolini.

When it comes to Syria’s civil war and the world silence over the Assad atrocities, there are no more Churchills to recall their courage for saving the region. Out of this utter extreme violence we are witnessing today, and which Barack Obama seems oblivious to, will rise new civilizations that will threaten humanity for a long time.

The legacy of world leaders like Barack Obama and Vladimir Putin will always be tied directly to whatever extreme outcome we will witness in the years to come as millions of Muslims become lost generations lacking the education and the environment to keep us all safe.

Out of the chaos and the extreme violence Barack Obama and Vladimir Putin, the two world leaders, are ignoring will rise a new generation of even more violent men who will threaten the region and possibly the world for generations to come.

There are no waters deep enough to stop these men of extreme violence, the product of Barack Obama and Vladimir Putin, from crossing the Mediterranean and the Atlantic to sow terror beyond their borders. This is going to be the legacy of world leaders as written with their silence over the Assad and the Khamenei crimes.

Obama will go down in history as one of the worst world leaders ever to rise to power. The result of Obama ignoring Assad and his violence will have deep repercussions upon a region populated by almost 400 million angry Muslims. What may look good on the outside is already rotting away on the inside. What anger you see on the surface represented by helpless Muslims is nothing compared to the anger burning in the hearts of tens of millions. Terror is controllable because few resort to terror, but anger on a wide scale is not. Anger leads to events that change history.

How will that anger manifest itself in the next Syrian lost generation is anybody’s guess. However, there is a point at which “doing the right thing after a long streak of bad things” will be useless. In the case of Syria, the world has crossed that point.

In Syria, we have crossed that Rubicon as a new generation of millions of angry and uneducated Syrians will suddenly appear to make ISIS look like child play. Does anyone in the Obama administration realize what they have done when ignoring the atrocities of Assad over millions of Syrian Sunni Muslims, which are surrounded by 400 million now angry Sunni Muslims?

Does Obama know what seeds he is planting in the region?

The legacy of all the silent world leaders acquiescing to the Assad atrocities will not be kind once the anger of millions of Sunni Muslims surface to shock us all.

World Leaders Legacies Written With Their Silence Over the Assad Crimes