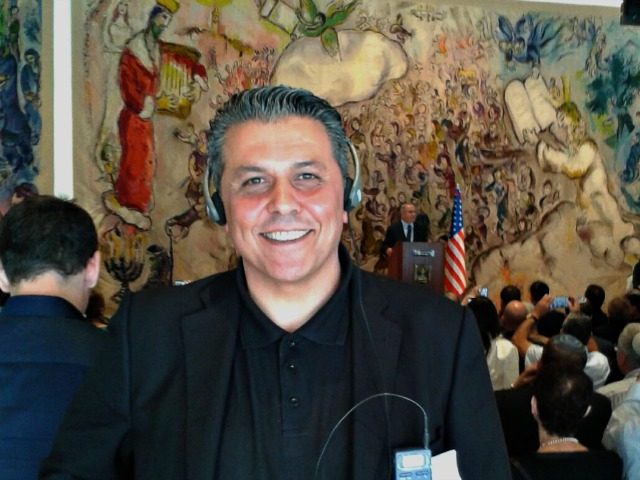 Syrian Observer is an Extension of the Muslim Brotherhood

On the political front, the Syrian opposition has two fronts both betting differently. The Muslim Brotherhood, backed by Erdogan of Turkey, wants to share power with the Assad regime. Why? Because both see eye-to-eye on Israel. Then there is the more liberal Syrian opposition mostly led by lone wolves that see the benefits of dealing directly with Israel. A website dedicated to Syrian news, the Syrian Observer is an extension of the Muslim Brotherhood whose job is to demonize any Syrian who attempts to open a political or diplomatic channel with Israel.

So, when Issam Zeitoun visited Israel to strike a deal with the Israelis, the Muslim Brotherhood lit up like a dying star. Regardless whether that visit culminated in a deal to help the Syrian people. As far as the MB is concerned, Israel is the enemy, then Assad of Syria, then America, then the Gulf countries, then the Christian infidels, then women, then everyone else that does not bow to their Mohammad.\

Following a meeting with Israeli officials, Zeitoun proclaimed that he came openly and that he isn’t ashamed of his actions, and that the, “time of dealing [with the Israelis] covertly is over,” stating that he proposed a plan to the Israeli officials that involves undermining Syria’s unity.

With this, Zeitoun joins the ranks of other so-called opposition figures who have been received by the Israeli occupation in the past, including Kamal al-Labwani, Abduljalil al-Saeed, and others, who undertook these visits to declare their allegiance and thanks to the occupation for its support of terrorism, and to demand that it establish a “safe zone” near the borders of the occupied Syrian Golan.

Notice the de-legitimization of the Syrian opposition with the use of the words “so-called”.

As far as TFS is concerned, the MB is one of the most dangerous enemies ever. Just as Assad has killed tens of thousands of civilians with barrel bombs, the MB, with Qatar backing, has attempted to silence the liberal and more moderate Syrian opposition to remain the only option. It has not worked that well for them.

IRAN PULLING THE STRINGS OF THE MB

Iran is playing an important role in making sure the MB remains under its total control. In Syria, through the MB, and in Gaza, through Hamas. All of these horrible actors have one common denominator: Kill the Jews of Israel. So, when someone opens a dialogue with Israel, the Islamists spring to action to defile their reputation; after which, they demonize their actions.

The worst part? Under the Obama Administration, the MB in Washington received considerable aid and support. The result of which is the website the Syrian Observer misleading its readers with its passive Islamist rhetoric.

Never turn your back on the MB. Their daggers are sharp, and their poisonous tips are deadly. Their proaganda machine in Washington has one job: To put to sleep U.S. officials.

Remember when DNI Clapper called the MB a secular organization? It is because the MB puts him to sleep.

Syrian Observer is an Extension of the Muslim Brotherhood