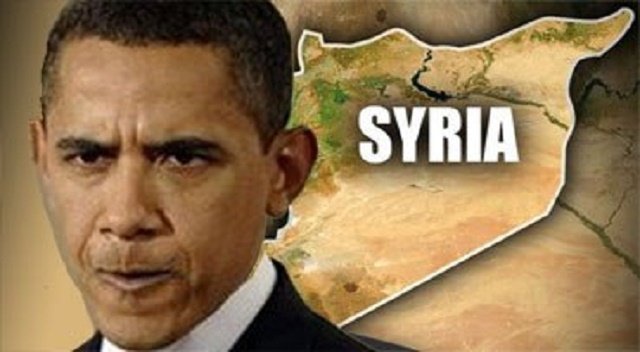 This is remarkable. These rebels aren’t the “neocons” of liberal myth. They are career diplomats whose mission is to pursue the peace through diplomacy that Mr. Obama invokes as his highest foreign-policy principle. Yet they are indicting Mr. Obama’s Syrian diplomacy as a strategic and moral failure.

The 51 signers recognize that American priorities for Syria—a genuine cease-fire, relief for its suffering citizens and regime change—have failed because U.S. diplomacy is a wish list with nothing to back it up. A “judicious” use of military force, they say, would “undergird and drive a more focused and hard-nosed U.S.-led diplomatic effort.”

The Russians understand this. When Mr. Obama was scrambling in 2013 for some way not to make good on his red-line threat over Assad’s use of chemical weapons, Vladimir Putin offered a face-saving climbdown: Washington and Moscow would work together to remove the weapons and persuade Assad to negotiate a cease-fire.

Assad never has given up all of his chemical weapons, and Mr. Putin has since used the opening to play the military card Mr. Obama wouldn’t. He has used Russian forces to prop up Assad and attack the regime’s opponents—all the while claiming to want a cease-fire. In Oslo this week after months of Russian and Syrian deception, Secretary of State John Kerry declared that “Russia needs to understand that our patience is not infinite.”

So Syria burns. Assad’s war on his own countrymen has left more than 250,000 dead and created millions of refugees. A Pew Research Center analysis this week says the percentage of the Syrian population displaced from their homes has reached 60%—“unprecedented,” it says, “in recent history for a single country.”

The numbers don’t convey the full horror. The city of Aleppo, home to the greatest resistance to the Assad regime, has been pounded for months by Russian and Syrian warplanes. Almost every day brings some new crime: the bombing of a hospital, attacks on women and children, and the Assad government’s successful efforts to prevent aid convoys of food and medicine from reaching besieged civilians.

Two decades ago the world stood by as thousands of Bosnian Muslims were rounded up and killed in Srebrenica. Aleppo is President Obama’s Srebrenica—not that a fawning press corps has noticed.

Syria’s chaos has also incubated the rise of Islamic State, set America against its traditional allies, sent refugees pouring into Europe, invited the Russians back into the region, fed Iran’s influence in a nervous Arab world and spread instability across the region. But Mr. Obama carries on with business as usual.

And why should anyone expect anything different? This is the President who stayed silent in 2009 when Iranians took to the streets to demand their freedom; who ignored his generals when he withdrew too quickly from Iraq and Afghanistan; who in 2012 rejected the call from his CIA Director ( David Petraeus), his Defense Secretary ( Leon Panetta) and his Secretary of State ( Hillary Clinton) to arm moderate Syrian rebels. Now add the diplomatic rank and file to the list of those he ignores.

Two years ago the U.S. Ambassador to Syria, Robert Ford, resigned because he said he could no longer defend Mr. Obama’s policy. The only difference between the dissent now and then seems to be that the men and women at the State Department handling Syria are determined to make clear that the wreckage the world is witnessing in Syria is Mr. Obama’s handiwork, not theirs. They understand that Syria didn’t merely “happen” on Mr. Obama’s watch. It has unfolded so horribly because of the President’s abdication.

Mr. Obama came to office in 2009 scoring George W. Bush for the high price of his interventions abroad. In the human and strategic tragedy that is today’s Syria, the world is learning that the failure to intervene can exact an even higher price.