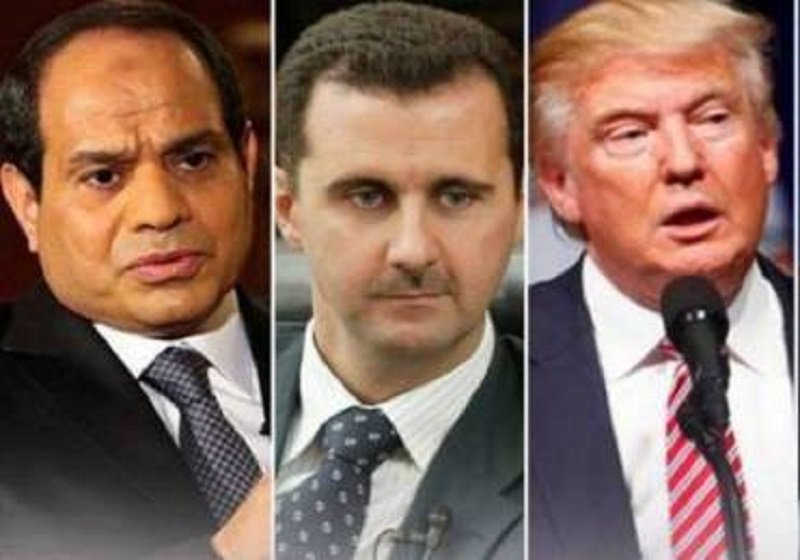 When Falafel read the article David Adesnik, director of research at the Foundation for Defense of Democracies, wrote for the Wall Street Journal, he decided to act on it. He took the first flight out of Damascus heading to Egypt. After which, Falafel interviewed el-Sisi in Cairo.

Treading his way through traffic where pedestrians, vehicles, and chicken have the same rights of way, Falafel arrived at the Heliopolis Presidential Palace just in the neck of time for his interview.

Falafel: Thank you President el-Sisi for your precious time to interview you.

el-Sisi: So, you are the infamous Falafel who has interviewed Donald Trump more than a dozen times?

Falafel: People exaggerate. Seven is the real number. But then, as you know, our president never reads anything. All for naught.

el-Sisi (Laughing out loud): Don’t we know it here. Let me guess, you are here because of the article Adesnik wrote for FDD. Right?

Falafel (Taken back): Partially, yes. How did you know?

el-Sisi: Some people still read in Washington. To our surprise.

Falafel: Can you explain, to those of us who still read, why you are busting the sanctions imposed by President Trump on Assad of Syria? Why are you allowing Iranian tankers to deliver oil to Syria?

el-Sisi: To be honest with you, I could not believe that such a very smart and very knowledgeable genius man as your president did not read. I wanted to debunk the theory.

el-Sisi: Unfortunately no. Donald Trump, as it turned out, does not read at all. Ever since the article, I expected Donald to call and berate me. Not a hiss. Not a sound. The man really does not read.

BUT PEOPLE COULD TELL HIM

Falafel: Isn’t that too dangerous of a game? Pompeo could tell him ..

el-Sisi: .. and we learned that he did. The problem is, wait for this — holding back some chuckles –, Donald does not believe his own people. He doubts everything they tell him. What a strange man you voted into office.

Falafel: But why deliver oil to Assad?

el-Sisi: Because the Copts in Cairo are breathing down my neck like the dragon of Khaleesi. I need their support to quiet dissent for my own atrocities.

Falafel: But there is always a chance the president might believe it.

el-Sisi: As long as Fox and Friends or Hannity do not mention it, we are safe. Your president will either never know, or will question it if Hannity does not say it first. Your foreign policy runs on what a TV presenter says or does not say. Everyone knows that.

Falafel: I am afraid this is quite known in the media circles too.

el-Sisi: Here is a tip for you Falafel. Did you know that Trump admires Assad of Syria? He told me so.

Falafel: How do the Iranians pay their tanker fees for crossing the Suez Canal?

el-Sisi: You remember those centrifuges to purify Uranium ore? Apparently, they have turned them into Bitcoin harvesting machines on the Internet. Iran is in control of more sanction-busting Bitcoin than any other country.

Falafel got what he needed.

The fact that every brutal dictator is taking advantage of Donald Trump’s unwillingness to read or doubting his own institutions by believing and siding with rogue regimes is making America look not so great after all.

We cannot wait to vote this clown out of office.