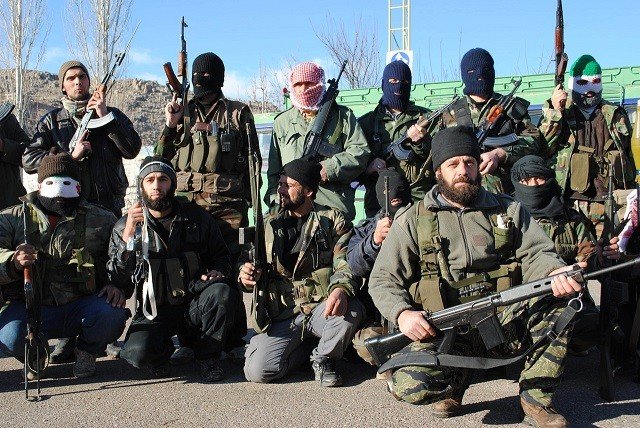 Striking Sunni terror but not Shia terror in Syria

Striking Sunni terror but not Shia terror in Syria will have negative consequences on suppressing terror in the region.

We received a report on Saudi Arabia that described a sectarian dangerous incident that happened in the oil rich Eastern Province. It describes the incident this way:

Saudi Arabia’s problem with its Shia minority may have changed dramatically. On Nov. 3, as many as 10 unidentified gunmen, presumed to be Salafist extremists, opened fire at a Shia mosque in al-Ahsa, a district in oil-rich Eastern Province, killing seven people and wounding 12 others; an eighth individual was found dead in a car in a neighboring village, also presumed to be the result of an assault by Salafist extremists. The attacks come nearly one month after a Saudi court delivered a death sentence to Nimr al-Nimr, a radical Shiite cleric who was arrested in 2012. Since the incidents, Saudi authorities have killed one suspect and arrested nine others in raids near the capital and near Eastern Province.

The attack happened on the first day of Ashura on November 3, a Muslim sacred religious observance. During Ashura, the Shia mourn the death of the grandson of Muhammad the Prophet.

The Guardian believes it “... signals that sectarian tensions unleashed by Syrian war and rise of Isis now pose a real security threat in the kingdom.”

Or could this be an Iranian plot to destabilize Saudi Arabia? Possibly Iran’s own “Archduke Franz Ferdinand” incident to split the Shia-majority oil rich Eastern Province from the al-Saud dynasty the way the Serbs wanted to split part of the Balkans from the Hapsburg dynasty. After all, Dammam, the capital of the Eastern Province, is only about 60 nautical miles away from Iran across the Arabian Gulf (Iran calls it the Persian Gulf). .

Either way, we are at the dawn of a highly volatile period, and once again we should thank Barack Obama, Valerie Jarrett, Susan Rice, Denis McDonough and Ben Rhodes for abandoning the region to Iran to destabilize and terrorize as it wishes.

Brilliant men and woman, all of them.

Striking Sunni terror but not Shia terror in Syria