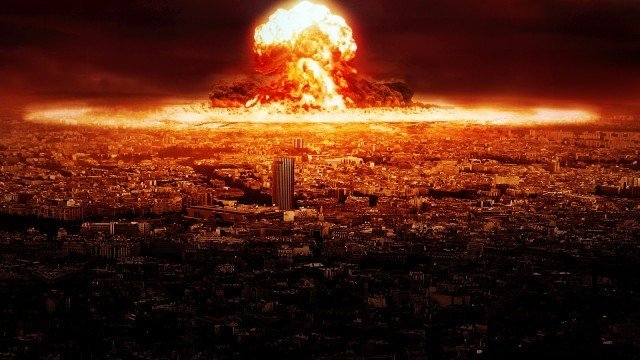 November 4, 2014 8:17 am 0
Tehran is the New Washington
Hariri calls on Hezbollah to withdraw from Syria
Saudi Arabia Won’t Rest Until Assad Departs

We are the dawn of Barack Obama great war.

People inside the Obama White House refuse generally to take the steps necessary to eradicate the source of all terror for two distinct reasons.

In the case of Assad, the question always rises as to his replacement, something Assad has always played to his advantage by empowering an uglier choice (ISIL) and simultaneously by destroying the moderate voices.

In the case of Iran, is the US prepared to face extreme terror from the Iranian regime against its assets and diplomats worldwide if it attacked Iran or its proxy in Assad and Hezbollah? This explains the US Department of State position via Iran and the reason Foggy Bottom is unwilling to confront the regime.

In the case of ISIL, AQ, and Sunni terror in general, these groups are ideologically rigid. They are also stateless, which makes them an easier target as well as a clear and present danger the US has no choice but to destroy. Sunni rigidity comes from our historical perspective and interpretive doctrines. The fact that Obama is striking Sunni terror and refuses to strike Shia terror is the reason why after AQ, there was ISIL, and after ISIL, there will be ISIL 2.0.

Subsequent to Iranian terror against Syrian civilians, Sunni terror will not subside as long as Iran is not reduced to a sphere of influence within its own borders.

Obama calculated he has two choices, either go through hoops at the UN to attack Assad and Iran, which are much harder to tame because of Russian and Chinese support, or slice through butter today by striking ISIL. Obama chose the easy way out for a simple reason.

ISIL and AQ want to destroy the US anywhere the US has any influence, while Shia terror wants to destroy the US in the Middle East only. This opens the door, for the likes of Obama, to strike a deal with Iran whereby the US abandons the region to Iran in return for neutralizing the terrors of Syria and Iran against the US. The same is impossible with Sunni terror against US interests.

Obama missed an exceptional, once-in-a-lifetime opportunity in 2009 when he refused to interfere against the Khamenei regime by supporting the uprisings of the Iranian people who were ready to dislodge the terror the US feared. This is truly the real legacy of Barack Obama, missed opportunities on top of other missed opportunities. It is also the reason no one trusts him to block Iran from eventually building a nuclear arsenal.

The problem with Obama’s diplomatic initiative and strategic vision vis-à-vis Iran is twofold. What will happen to our allies once the US abandons the Middle East to Iran, and what will happen to the region as a whole if the US capitulates to Iranian terror?

Obama is willing to sacrifice our allies and the whole region just to freeze the US from ever committing to another Middle East war. Meanwhile, Russia and China, both enjoying opportunistic relations with Iran, are sharpening their daggers, and salivating over the Gulf countries treasure and resources, as does Iran, now in full control of four different Arab countries.

Even with all these US bases in the Middle East, the war fatigue permeating in the US will make it almost impossible to justify any military action if the president does not make the case strong enough for the US public to accept US interference. So, viva Fracking and viva the Keystone pipeline Obama may agree to after an Iranian deal to deflect criticism.

However, Obama’s miscalculations have not taken into consideration two factors: 1) Nuclear Pakistan with whom Saudi Arabia has excellent relationships and, 2) The US public support for Israel. Once that public awakens to Obama’s defective logic, it will seek the US return to the region if Israel is threatened and if the next president makes the case for the US mission to support our allies. With over 70% US public support, Obama is making a grave mistake allowing Iran to threaten Israel, even if only with Hamas rockets. The American people will not forgive him this reckless behavior and already his low approval numbers demonstrate this fact.

Those two entries did not make it in the equation of Barack Obama because of either his inexperience or because he is really a closet anti-Semite. Is it too late for the US, or will Obama find the light the last moment by shelving his dislike for Israel, and Netanyahu specifically, to backtrack on his ill-advised disastrous policy?

Saudi Arabia and Israel believe Obama is as ideologically rigid as ISIL is. No matter the assurances both countries received from the Pentagon and the US intelligence community, both are preparing for the worst and both are not willing to accept Iranian or Russian hegemony in their neck of the wood. The clash coming to the region will be far worse than the ISIL terrorists and bandits running around today claiming their Islamic State.

Syria to the US is what the Berlin Wall was to the Soviet Union
In Turkey, Fists Fly and Batons Swing
Wisdom in the Land of Israel
Radicalism 567 Slippery Barack Obama 973 Support U.S. Allies 152