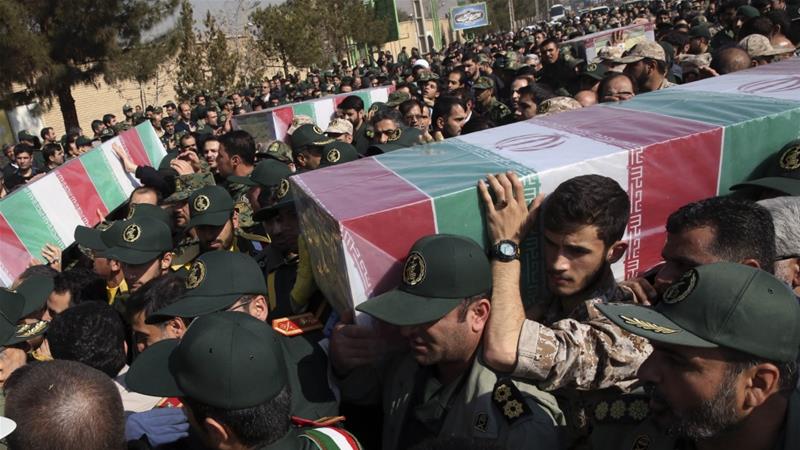 Some Wars Are Made to Watch

April 22, 2020 9:39 am 0
Imagine Another Obama-Like US President
Finally, Someone is Pointing Fingers at Obama for Syria’s Tragedy
ISIS Excuse Fosters Syrian Occupation and Oppression

Think of the Middle East as a keg of dry powder rolling on hot iron rails. It could detonate any moment and in any place. The balance of the whole region rests on the notion there is always a perfect condition for wars to start. If not extreme poverty, then it is extreme oppression. If not physically imprisoned, then mentally incarcerated. And if not religious extremism, then it is sanctimoniously terrorizing liberalism like the one it happened to Saudi Arabia and Egypt. However, when trouble breaks out, some wars are made to watch and others are made to take sides.

SOME WARS ARE MADE TO WATCH

Take for example the war of Muslim extremists against the Assad regime. Instead of bombing AQ to smithereens, we should have bought balcony seats, some popcorn, and sat back to watch them duke it out. Both are terrorists in their own rights. By the time they finished each other, that war would look like two heavyweight boxers leaning on each other in the 15th round. It makes all the sense in the world to watch that war unfold and intervene only when one side begins to win.

Another one we should have turned a blind eye to is the war between Sunni extremists (ISIL) and Shiite extremists (Iran). And if they are not incentivized enough to battle each other out because of common enemies, we could provide them easily with the that incentive given their past history. Just don’t bomb ISIL if the Sunni Jihadists are willing to battle the IRGC in Syria.

Instead, the Sunni Jihadists scared the hell out of us and we acted. And when we acted, we gave Iran breathing room to conquer lands and people, in addition to threaten the existence of Israel. Some wars are just not meant to take sides. Better leave them to rot and fester until enough bodies kill the ideology behind them. Had the Iran-Iraq war continued, we need not bother to interfere in either country today. If little Lebanon went through a 17-year civil war, the hate behind a Sunni Saddam Hussein and a Shiite Ayatollah Khomeini could have fueled it for at least another 30 years.

WARS WE SHOULD TAKE SIDES

There are countless wars we witnessed in recent memory we should have taken their sides. None was more important than the war Assad waged against his own liberal army of defectors who formed the Free Syrian Army (FSA). For one, they were liberals and willing to advance democratic rule like the one existing in neighboring Lebanon. Further, the FSA was willing to talk peace with Israel if given the chance to rule. The army stood against everything wrong in Syria today, and yet, President Obama sat back and watched Assad kill and gas his way back to power.

This allowed Russia to enter the war in Syria to back Assad and it empowered Vladimir Putin to back President Trump. Naive Obama shot himself and the Democratic Party in the foot when he refused to interfere in Syria. He gave Russia the vacuum it needed to set U.S. policies and U.S. elections ablaze. Any other president with hindsight would have seen this truck ram the front doors of the White House. But not Obama who will go down as the worst U.S. President on foreign policy.

The opportunities we lost during his tenure are enormous. Be it in Syria or the Ukraine. Be it in courting Iran for a deal based on a handshake any other president could backed away from. Obama stacked all the risks against a sliver of hope surviving on a candle light. He was both smart and naive, as well as dumb and devious.

Churchill believed America can make many mistakes before it finds its path to righteousness. In the Middle East, we still bask in the ‘make mistakes’ stage.

Some Wars Are Made to Watch