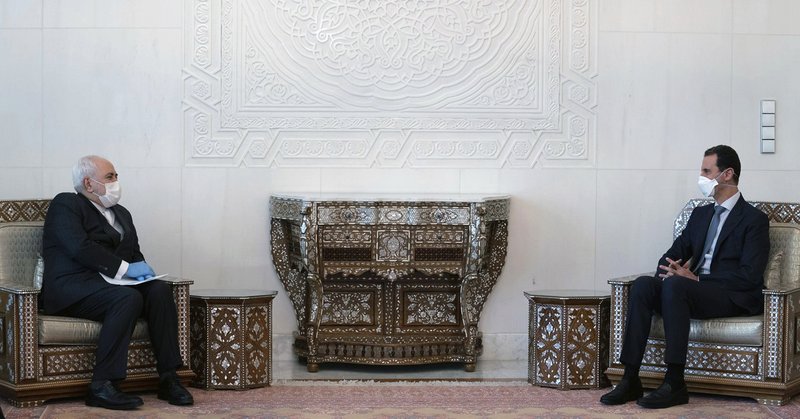 April 21, 2020 11:04 am 0
Did you know Hezbollah was pregnant?
When Angry Religious Men of Violence Rule Lebanon
Hezbollah is Slowly Syrianizing Lebanon

An Israeli airstrike on Hezbollah in eastern Syria killed nine fighters, including six who were foreigners and affiliated with Iran. Since the civil war in Syria broke out, Israel has carried out dozens of airstrikes on Iranian-backed terrorists. Either planning terrorist attacks or killing Syrian civilians.

The activist group reporting the death toll did not provide the nationalities of the foreigners who were killed on a military post in the desert near the historic central town of Palmyra. It said the dead included some fighters loyal to Lebanon’s Hezbollah group. The likelihood is that the dead are either Lebanese or Iraqis.

Assad, with help from Iran, welcomed Lebanese, Iraqi, and Iranian fighters. Along with mercenaries Iran hired from Afghanistan and Pakistan to fight alongside his army.

Israel says it has been behind a series of airstrikes mainly targeting Iranian and Hezbollah forces in Syria that have joined the country’s war fighting alongside the government. It rarely confirms the attacks and did not comment on Monday’s airstrike.

Indirectly, Israel is waging war on Iran and the Assad regime and their proxies.

Syrian state TV reported the country’s air defenses shot down several missiles launched by Israeli warplanes Monday night. The station gave no further details about the attack, the latest of several to hit central Syria in the past three weeks. It also failed to mention the number of dead or the damage the Israeli airstrike caused.

The Israeli airstrike originated from warplanes flying over neighboring Lebanon.

The strikes came hours after Iran’s Foreign Minister Mohammed Javad Zarif arrived in the Syrian capital Damascus, where he met with Assad and his Syrian counterpart.