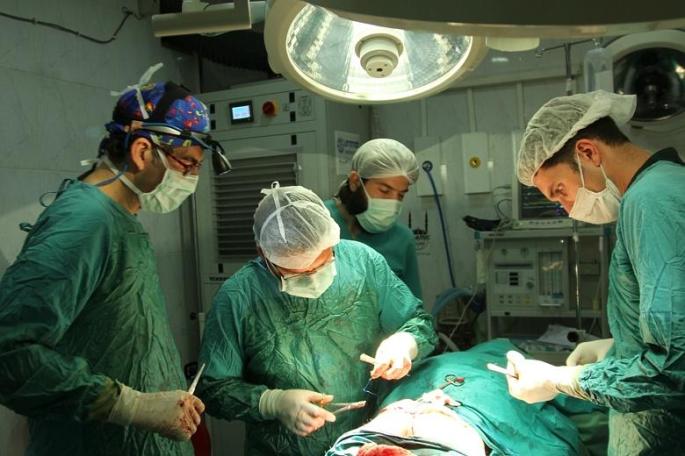 On-the-Job Training Unlike Any Other

October 23, 2012 11:13 am 0
The Junior Varsity Team in the White House
The ICC Catch-22
Anyone Calling Assad to Stay is Clueless About Syrian Resolve

The vast majority of Syrians would like to see Syrian violence recede. But the same majority knows it won’t until they depose and prosecute Assad and his gangsters ruling Syria for war crimes against humanity. So, until this happens, Syrians fighting Assad have decided to play one of three roles. They are getting on-the-job training unlike any other.


The first role is to militarily confront Assad in anyway possible using whatever weapons the Free Syrian Army is able to garner from donations reaching them and from the little aid they get from neighboring countries.

It is notable to mention here that Qatar has been helping to arm the FSA; however, every time the FSA is able to overwhelm Assad, the Qataris immediately cut the flow of arms and ammunition. It happened on several occasions and the Syrian opposition has all the information to deliver to the Hague to shed light on the treacherous Qatari action.

If the Qataris are being instigated by foreign powers to do so, their action will weaken them to the point of melting their own self-interests. It’s a part the Qatari leadership does not fully appreciate yet.

But if their action was rendered possible by self design, Syrians will never stop until the Qatari leadership meets a fate more fitting of their cowardice.

Either way, it is appropriate to ask the question. How did we let some ignorant, camel-riding Bedouins play such a central role? The more we ask of them to do, the more important they think they become.

ON-THE-JOB TRAINING UNLIKE ANY OTHER


Of the thousands upon thousands of students enrolled in Universities, and who have watched with dismay their life shatter and their hopes dash, many have decided to learn on the job the skills they either acquired or were about to acquire with an education. It is the best on-the-job training unlike any other.

The civil war propelled soon-to-be doctors, nurses, health professionals, and even morticians to confront the Assad atrocities by practicing what little they learned on real people with real life and death injuries. This level of training hones the skills as much as it matures the minds.

Syrian doctors treating wounded patients will become tomorrow’s Ambassadors to any conflict. Many, we would imagine, would find their skills in high demand in organizations like Doctors Without Borders. A doctor that can keep his hands steady while bombs are falling all around them are born heroes.


Those who are not fighting or treating patients are building civil societies and acquiring skills on how to lead through trials and errors.

Many of our youths have been propelled by the need to create order in the midst of chaos by organizing themselves when a void was left by the government and its troops withdrawing from their regions. Whether to collect garbage or to organize food distribution or to run for a city council seat to confront their problems, young Syrians today are learning fast what it means to build a civil society and to lead people.

New faces and new names are rising, and Syrians are learning to follow those they trust instead of those they feared. These accelerated lessons in maturity and responsibility are the side benefits to an otherwise miserable existence in war ravaged areas.

Don’t underestimate the capacity of Syrians to rebuild their societies on principles mirroring the rest of the world. Islamists will attempt to round their flock but Syrians will resist complete obedience; they already badly experienced it under Assad. The New Syria rising from the Assad ashes will surprise everyone.

On-the-Job Training Unlike Any Other