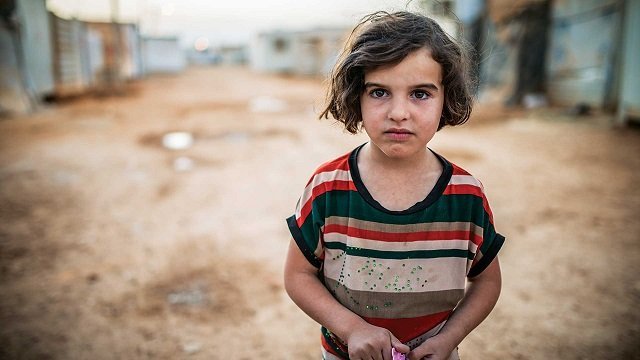 A Syrian’s Cry for Help

THE story is simple. Here in Syria, there is a regime that has been killing its subjects with impunity for the last 30 months. The notion that there is a mysterious civil war that is inextricably linked to the nature of the Middle East and its complicated sectarian divisions is far from the truth.

The primary perpetrator of violence is the government of Bashar al-Assad, which controls public resources, the media, the army and the intelligence services. The civilians who rose up against that regime, first peacefully and then through armed resistance, constitute a broad spectrum of Syrian society.

When a government murders its own citizens and they resist, this can hardly be called a civil war. It is a barbaric campaign of the first degree.

During the revolution’s first year, Syrians demanded international protection. First we asked for no-flight zones or humanitarian corridors, and later for weapons and military aid for the Free Syrian Army, but to no avail.

Not a month went by without some American or NATO official expressing little appetite for intervention. Realizing that this attitude was not about to change, the regime escalated the violence. It attacked the rebels with everything it had: first with rifles, then with tanks, helicopters, jet fighters, missiles and toxic gases.

Meanwhile, Western powers masked their diplomatic inertia with empty rhetoric about a “political solution.” Yet they have failed to coax the regime — which has not once indicated that it is ready to abandon its “military solution” — to the negotiating table.

Inaction has been catastrophic. While the world has dithered, Syrians have experienced unprecedented violence. Around 5,000 Syrians were killed in 2011. About the same number are now being killed each month. The regime has targeted lines outside bakeries; it has used Russian cruise missiles to bomb densely populated areas; and local activists say they have documented 31 occasions when it has used chemical weapons (United States officials have confirmed only some of these attacks).

Countless Syrians, among them women and children, have been subjected to arbitrary detention, rape and torture. A staggering seven million people — one-third of Syria’s population — are now displaced, either internally or externally.

Russia and China have used their veto privilege on three occasions, blocking Security Council resolutions condemning the regime’s war crimes and crimes against humanity. Russia continues to provide arms and diplomatic cover to a regime that is becoming more dangerous by the day.

In the West, reservations about supporting the Syrian rebels that once seemed callous and immoral are now considered justified because of the specter of jihadism. But this view is myopic.

Jihadist groups emerged roughly 10 months after the revolution started. Today, these groups are a burden on the revolution and the country, but not on the regime. On the contrary, their presence has enabled the regime to preserve its local base, and served to bolster its cause among international audiences.

It is misguided to presume that Mr. Assad’s downfall would mean a jihadist triumph, but unfortunately this is the basis for the West’s position. A more accurate interpretation is that if Mr. Assad survives, then jihadism is sure to thrive.

What Syria needs is a legitimate government that is strong enough to delegitimize militias, to disarm and integrate them, and to enforce adequate policies to confront them. The Assad government does not have popular legitimacy. Only its demise can signal the beginning of the end of nihilist jihadism, and thus the beginning of Syria’s recovery.

Justice and humanity demand that the Assad regime be punished for its crimes. Even though the Russians and the Chinese have managed to impair the Security Council, it is still possible for an international and regional coalition to carry out this task.

A half-hearted intervention will not be enough. The United States and those who join it must not simply “discipline” the regime for its use of chemical weapons alone, without making a decisive impact on events in Syria. To do so would be a waste of effort and send the wrong message.

We Syrians are human beings of this world, and the world must stop the Assad regime from killing us. Now.

Yassin al-Haj Saleh, a writer and activist, was a political prisoner from 1980-96.

A Syrian’s Cry for Help