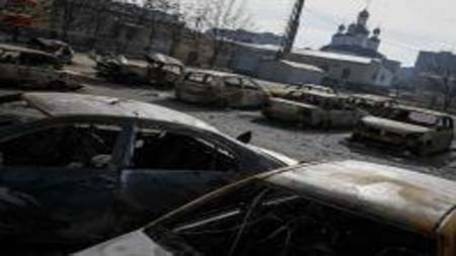 February 21, 2015 11:14 pm 0
Surprising Way Some Syrians Are Protecting Themselves From Snipers
You Want alQaeda? You Got alQaeda
Assad Will Not Conquer Rebel Capital Aleppo

In retaliation for the Assad forces executing 10 children in Rityan outside Aleppo, a suicide truck bomb struck at the heart of Assad’s home village of Qardaha killing four people according to Sky News.

Our guess is that many more were killed. In order not to demoralize the troops, the low number of announced deaths aims at cushioning the impact of higher numbers a truck full of explosives might have caused.

The Qardaha hospital struck usually treats close member of the Ba’ath elites injured in battles or in need of regular health treatment.

Hitting Qardaha is a daring attack. It shows just how vulnerable the Assad regime is and how hard it will be to conclude or halt this civil war as long as Assad remains in power.

Here is the full BBC artticle

A suicide bomber driving an ambulance killed four people on Sunday in an unprecedented attack on a hospital that took Syria’s civil war to the ruling Assad clan’s hometown for the first time, a monitoring group said.

The attack came as the Syrian Observatory for Human Rights reported that troops had executed 48 people earlier this week in a northern village, among them 10 children.

“A man drove an ambulance packed with explosives into the parking of the Qardaha hospital. Another man was in the vehicle with him, but it was unclear whether he was an accomplice or a hostage. Four people were killed in the attack,” said Observatory director Rami Abdel Rahman.

Earlier, state television had reported the blast but did not specify the nature of the attack.

The attack, the first explosion to hit the heart of the western town since the outbreak of Syria’s civil war in 2011, killed a nurse, a hospital employee and two soldiers, said Observatory director Abdel Rahman.

The outskirts of Qardaha have previously come under rocket fire, while Latakia province – where the town is located – has seen several rounds of heavy fighting.

A mausoleum containing the graves of President Bashar al-Assad’s father and predecessor, Hafez, and brother Bassil, is located in Qardaha.

Syria’s war began in March 2011 as a pro-democracy revolt seeking Assad’s ouster. It morphed into a conflict after the regime unleashed a brutal crackdown on dissent.

Meanwhile, the Observatory said 10 children and 13 rebels were among 48 people executed by government forces in the northern village of Rityan earlier this week.

The killings took place after troops entered the town Tuesday, during an offensive aimed at cutting rebel supply lines to the Turkish border.

Abdel Rahman said all the dead were from six families.

“There was no resistance except in one house where a rebel opened fire at troops before being executed along with his family.”

The brief seizure of Rityan was part of an abortive army offensive this week to encircle the rebel-held east of Aleppo and relieve two besieged Shia villages to its north.

By Friday all but one of the villages taken by government forces had been recaptured by the rebels, who include fighters from al-Qaida affiliate al-Nusra Front.

The heavy fighting claimed the lives of 129 loyalists and 116 rebels, including an al-Nusra commander, according to an Observatory toll.

While the ground offensive failed, warplanes kept pounding rebel areas of Aleppo city and other parts of the country.

On Saturday, two women and two children were among eight people killed when a barrel bomb hit a building in an opposition-held area of Aleppo city, once Syria’s commercial capital.

Six people were also reported killed in rebel shelling of regime-held areas of the city.

The air force also killed at least 10 people in rebel areas east of Damascus on Saturday, the Observatory said.

According to the group, they were the latest of more than 7,000 people killed across Syria since the UN security council passed a resolution last year ordering an end to sieges and indiscriminate use of weapons in populated areas.

Meanwhile, rebel fire on regime-held areas killed 1,102 people, said the Observatory, adding that 234 of them were children.

And 313 people died in areas under army siege in the past year, as a result of food and medical shortages, despite the fact that the resolution also ordered the lifting of sieges.