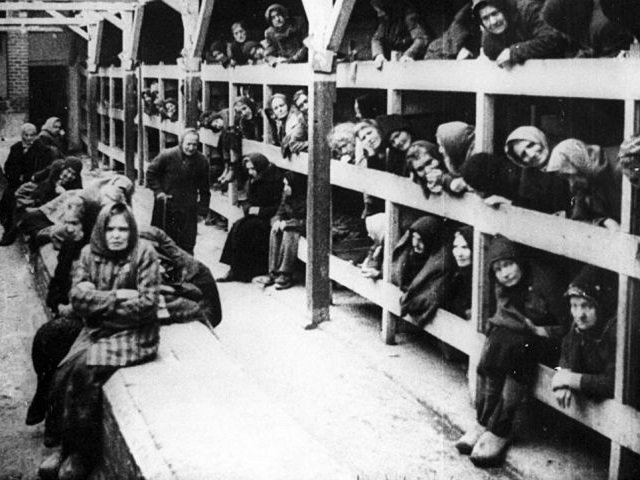 Between the Holocaust and Assad

September 9, 2013 9:07 am 0
Witness the Militarization of Syria
Watch What Happens When You Kill Americans
Does Assad Really Think He is Going to Win the War?

In Washington DC, the Holocaust Museum is the ultimate symbol to define humanity in its ugliest forms when it unleashes violence against the innocent. I remember my children discussing it after a school trip, which brought back memories of the Dachau concentration camp I visited when I was their age. These are the kind of experiences that are burned in your memory forever.

It is not easy to watch black and white images and films of horrific deaths. Mass graves of skin and bones, ovens and gas chambers, children and women corralled to their ghastly death by Nazi criminals hiding behind a uniform, an ideology, and a man. Eventually, the anger that rises within you yields to tears after you watch humankind sink to this level of barbarism against people whose only fault was they pursued a religion different that those of others and whose past persecutions they learned from and adapted a lifestyle to defend against in the future.

In the last 30 months, the world has watched the regime of Baschar al-Assad kill tens of thousands of Syrians and gas hundreds. Words of comfort were plenty and sympathies were overwhelming by the world community. However, as Jews have been persecuted in the past against a backdrop of inaction by the world, so are Syrians today. True that the US is finally mobilizing but only because these WMD threaten the world, not because Syrians died. We Syrian-Americans are not missing this irony.

When humanity makes a difference is when it does not differentiate between the victims.

Because Syria is Israel’s neighbor, the only Jewish State on planet earth, we can learn much about each other when we feel for each other’s pains. If the Syrian people were free from Assad’s tyranny, I am certain they would want to learn about the Holocaust as much as they can, especially after what happened on August 21.

Nothing brings two peoples together like their shared experiences. True that the barrier standing between us is Islamic terror, but our children and women are innocent of the terror of the Islamists the same way Assad supporters in different countries are innocent of his horrific actions.

Below is the text of US Senate Select Committee as well as links to these horrific videos. Please watch them even if you do not have the stomach.

Attached are 13 videos compiled by the U.S. Open Source Center from videos taken in Damascus, Syria following the use of chemical weapons on August 21, 2013.

Methodology – Selecting and Obtaining the Videos: Each of these 13 videos explicitly claim to show victims of a chemical or poison gas attack. At the request of Chairman Feinstein, these videos were selected by the Open Source Center to depict a representative range of YouTube content posted regarding the reported 21 August chemical weapons (CW) attacks in the suburbs of Damascus, Syria. All of the videos were posted on YouTube by pro-Syrian opposition users. With one exception, all 13 videos were posted by a pro-opposition Internet news channel that consistently posts user-created videos concerning the Syrian conflict. The news channel does not primarily generate content, but instead re-posts content originally posted by others.

These videos were shown to the Intelligence Committee on Thursday, September 5.

Between the Holocaust and Assad