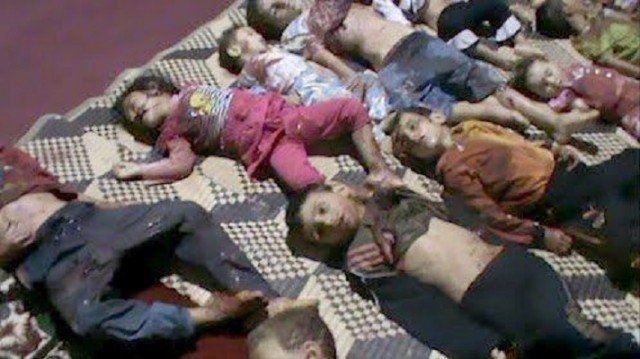 The culture of extreme violence

There is no other region in the world with so much concentration of violence as the Middle East is. Blame Cold War politics or simple ignorance, the fact remains that with or without the Soviet Union, with or without the aggressive style of President George Bush or the not so-aggressive style of President Barack Obama, extreme violence continues unabated and unstoppable.

While many highly intelligent analysts and observers could explain the extreme violence in the region using complex historical perspectives to include religious and social imperatives, I am a much simpler man. I blame the violence on our apathy towards men of violence. I blame the political machine, that believes either it can strike a deal of convenience giving al-Bashir of Sudan a free pass, or believes that terror is a grey area that serves somebody?s political career and legacy.

As long as the Arab and the Muslim masses see their leaders benefit from violence and terror, there is no reason for anyone to obey the Rule of Law. With al-Bashir of Sudan and Assad of Syria committing horrific atrocities against humanity and continue to lead as part of a political scheme of convenience, why should anyone in the West expect any behavioral change from the common man on the street? Violence, terror, and crimes against humanity pay huge dividends in the Middle East.

In Syria, as in Sudan, the world watched with horror how inadequate is the UN, as a body of peace and law, to eradicate violent anomalies. In similar fashion, between the experiences of the US and the Soviet Union in Afghanistan over a 30-year period, the world also witnessed that modern wars are not the answer. None of the Western Governments that find themselves arbitrating extreme men of violence are equipped to handle a surgical approach to eradicating violence. So far, it has been either negotiations with the aim to tame violence, or an all-front assault on violence that leaves a trail of conscientious responsibility.

World leaders, such as those gathered within the Club of Madrid, must come together to find an answer to extreme violence that takes lives in the tens of thousands without any mercy and lives another day to repeat it if necessary. The combined brain and goodwill power the leaders in the Club of Madrid can exercise towards this most difficult of issues should be enough to find a solution.

There is no one institution or supreme law today able to eradicate extreme violence. Our reliance on the UN is not the answer, nor is our reliance on treaties any single rogue government may select to ignore the way the Assad regime has ignored to ratify any treaties that may protect Syrians from its violence. So what is the answer to this difficult question? If diplomacy and wars have been unable to control extreme violence, what could the Club of Madrid do to shift this paradigm?

People look for recognition amongst their peers no matter how peaceful or violent they are. Recognition within the confines of one?s universe is the single most important psychological element to weigh heavy in the calculus of any politician. No violent ruler operates in complete void. Hitler had a lost generation of Germans to ignore his crimes and Assad has Putin, Khamenei, and Hezbollah to approve his actions. Acceptance and recognition is a universal element that influences the actions of any leader.

So maybe the answer is to find a global venue of peace to suck the life out of any recognition and approval factors. As an example, the leaders in the Club of Madrid could embrace that global venue to celebrate true peace, which will become, indirectly, a global venue to limit extreme violence from men who look for subtle recognition and approval from their peers. The Nobel Prize for Peace has not succeeded to eradicate extreme violence, only to appease it.

If UN treaties, wars, and diplomacy have not provided the answer, it is time to think out of the box. It is time for people of peace to rally a global following to burden men of violence with a psychological weight whose purpose is to isolate and dilute recognition and acceptance by their peers all men of violence feel entitles them to their violent behavior.

Who will be the visionary leader to lead this global effort?

Please help eradicate extreme violence by forwarding this concept to any leader you know.