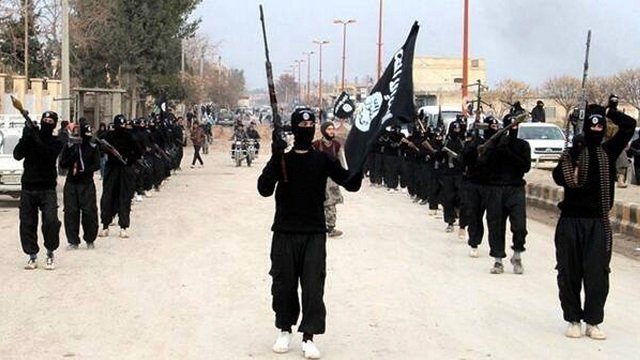 How ISIS Agitates for Iran Against the Gulf Countries

You will find the roots of ISIS planted by the Assad regime, then its roots watered by the Obama Administration out of sheer ignorance, and now that it has grown into a full poisonous presence in the region, Iran and Russia are sowing ISIS for their own benefits.

When ISIS supposedly threatens the Alawites of the Syria because of its extreme ideology, Assad concentrates his firepower against civilians and refuses to engage ISIS. Read Aryn Baker’s TIME Magazine article “Why Bashar Assad Won’t Fight ISIS”

In fact, ISIS agitates for Iran against all of the regime’s enemies in the Arab world and the West. Since some in ISIS believe their Islamic State should be a reality rather than an invented deception, Iran is fighting ISIS in Iraq to contain their over-zealous aspirations.

ISIS was created by both the Syrian and the Iranian regimes to primarily use their extreme fanaticism to point to Assad’s alternative, to attack the West for supporting anti-Assad rebels, and to destabilize the Arab countries supporting the Syrian rebels.

Prior to ISIS beheading James Foley, Foley was being held by the Assad regime. Assad’s intent was to show what happens if ISIS takes over in Syria. It fooled no one because the US began its strikes against ISIS right afterwards.

The real story of how ISIS came to be, once it is written by historians with access, and how it is serving evil in the region today will amaze generations to come.

For the Farsi Shiite Iranian regime, Arab Shiites are expandable collateral damage to serve the greater Farsi good and purpose. Iran would be willing to sacrifice tens of thousands of Arab Shiites for its evil cause.

ISIS serves the Iranian regime; yet, the Obama Administration remains obsessed with making a deal with the devil even as Iran continues terrorizing and destabilizing the region.

Today, there are ISIS fighters in Quneitra near the Israeli borders, yet none attacks Israel. It is Assad’s way of sending a signal to the Israeli Government that he controls Israeli security.

Israel, for its part, is having none of this. Like the Syrian rebels, Saudi Arabia, and the Gulf countries, Israel wants to see ISIS eradicated because when ISIS agitates, it does so to serve the Iranian and the Assad regime in ways Barack Obama seems to ignore even with the best intelligence at his finger tips.

Even Putin is joining the dirty proxy wars of Iran because ISIS serves his purpose as well.

When we defeat ISIS, we defeat an extension of the evil of Assad and Khamenei. It is that simple.

How ISIS Agitates for Iran Against the Gulf