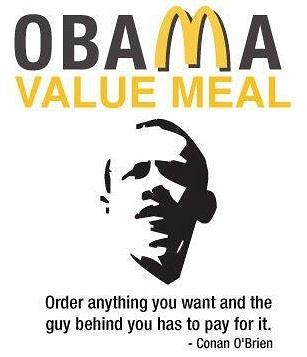 Is Obama beyond recall?

August 1, 2014 3:56 am 0
Attack Obama’s anti-Semitism
How Will Assad Be Held Accountable For Crimes Against Humanity?
Barack Obama Is Planting the Seeds for World War III

Hey, Mr. President, it is not easy to bend Israel to you will, is it? It is not that easy to pretend you have Israel?s back, as you did in Sderot in 2008, when in fact all your actions are pointing to the exact opposite.

Did you really think the Jews of Israel are that na?ve to believe you?

Mr. President, the Israeli people have more dexterity than you can imagine. They remind me of the brave Christian Maronites of Lebanon who also fought another Palestinian terrorist organization in their homeland and won the war.

No matter what you so dubiously plan against Israel, you are going to fail. Maybe I should call the White House to speak to the First Lady to beat some sense into your head. Maybe she can inject some rational thinking into your obsessive behavior. Tweeting my thoughts to Valerie, as I often do, that her Prophet is a failure because of his ideological phobia does not seem to be working.

It is entirely delusional of you, Mr. President, to think that after almost six years of attempting to force Israel into a corner, you will somehow succeed if Hamas attacks Israel.

In the summer of 2009, you ignored the Green Movement uprising in Iran because you needed the Mullahs to threaten Israel.

During the same time you were ignoring the good people of Iran, you were inciting the terrorists of the Muslim Brotherhood in Egypt to overthrow Mubarak in the hope their violence will threaten Israel.

In 2011, you ignored a Syrian uprising, started by the moderates, that has resulted in catastrophic loss of life just so you can fulfill your wish to threaten Israel with Assad in power. That over 180,000 Syrians, many of whom are innocent women and children, lost their lives does not come close to bothering you. Israel is your obsession and millions could die to reach your goal. All those hollow red line against Assad threats were to mask your real intentions.

In 2013, when you saw Israel and Saudi Arabia share the same threat of Iran, you initiated direct negotiations with the Mullahs in the hope you can contain an Israeli attempt at attacking their underground nuclear program. That program could come handy as the final act to threaten Israel.

Then you began to release billions to Iran knowing well these funds will go towards killing Syrian women and children, and now killing Israeli brave soldiers protecting their homeland. Yet, it mattered little to you how many die as long as you threaten Israel.

When it was convenient for you to use force in Pakistan and Libya, you did so without any hesitation; yet, when we call for the same necessary force to protect our allies and our self-interests, you call us warmongers. Tell me I am wrong Mr. President.

The results of your actions are not only threatening our core interests and the Christians of the Middle East, but also Europe as the Islamic State grows stronger by the day. Was it all worth it considering you are not even close to threatening Israel?

I mean look at how strong and united the country is behind the leadership that you hate so much. Don?t you wish you had the same over-the-top approval ratings like those that PM Netanyahu enjoys? The more popular your nemesis Netanyahu becomes, the less popular you become. Hello, Mr. President, is anyone home?

It is simply amazing, Mr. President, that you remain ideologically obsessed after six years of failures to threaten Israel. Your actions have divided the American people, have complicated the work of the US Congress, and have endangered our interests overseas, and yet, you have not prevailed against Israel. Is that what Ben Rhodes meant when he coined the words ?long game??

Mr. President, I wish I, or other more reasonable people who did not grow up in Chicago, can sit down with you on one-on-one basis to talk some sense into you. I wish I could tell you how wrong you are in pursuing policies that not only are harmful to the US and our allies, but, also, to your legacy.

If you continue on this path, history will not be kind to you after you leave office. You will be deluged with venom; all of it more than justifiable considering your arrogance and attitude.

Even if you plan to label it as racism, which is not, it will follow you forever, throughout our history. Your name is already being associated with Nixon, Buchanan, Hoover, and Harding.

Have mercy on your daughters, Mr. President. Quit harming our allies. Unless you do a 180-degree pirouette on foreign policy, Malia and Sasha will grow-up feeling the consequences of your failures.

The legacy of Jimmy Carter still haunts him even today, but who remembers the last bad Mayor of Chicago?

How much more deception can you take from Barack Obama?
Arab League, Stand up to Obama
Obama rescue operation of the Assad regime
Opinions 978 Syrian Revolution 1352