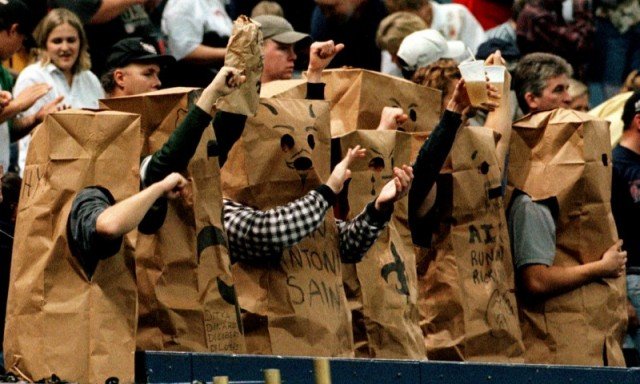 September 20, 2014 7:25 am 0
Syria to the US is what the Berlin Wall was to the Soviet Union
How Will Assad Be Held Accountable For Crimes Against Humanity?
Surviving Assad Missiles

Do you want to know how desperate Obama is to convince anyone to join the US in striking ISIL in Syria? The Wall Street Journal described it this way:

The administration hopes that one or two allies will join in the initial wave of airstrikes, which could be launched as early as next week, these officials said.

“One or two allies” This must be the best poll ever taken to describe Obama’s foreign policy. He cannot even marshal one or two allies to strike one of the biggest dangers of the 21st century, next to Iran and Assad.

No one should bother to point this out to him. In his own graceful way, he will call it horsesh*t.

One U.S. official said some allies have offered to participate in the strikes only if their role isn’t publicly acknowledged. But such covert participation wouldn’t help the U.S. convince skeptics it wasn’t acting unilaterally, the official said.

It is not hard to realize that there are two reasons behind the reluctance of any European or Arab allies to join the paper bag president (With the exception of Saudi Arabia threatened directly by ISIL).

Reason one deals with the number of allies who pressed the paper bag president to arm the Syrian opposition and his response to ignore them all. His policy gave birth to ISIL, and with the exception of secular France, no other country wants to assist the US with the paper bag president in power. In their own ways, our allies are reminding our president of his folly when it comes to Syria. Who would blame them?

The second reason, which is a speculation on my part, may have to do with the intelligence services of our allies disclosing the support behind ISIL in the Sunni world to be much larger than anticipated, and any attacks against ISIL in Syria will be viewed as supporting Assad, which will turn millions of Sunni Arabs into angry masses. They probably have a phrase or two in their reports addressing economic boycotts of their products. Who said Arab high level of consumerism is powerless.

In the same article, the Wall Street Journal quotes Secretary Kerry as saying:

“I’m absolutely confident that through a global campaign that is comprehensive and committed, we can support the promise of the new government in Iraq and we can defeat the ISIL threat wherever it exists,”

Maybe Mr. Kerry, if he wanted to act like James Baker III, could have learned something from him when he said, “Never let the other fellow set the agenda.”

Little Signs Assad Is Losing Even With Russian Help
Is Libya Without Qaddafi Worse Than Syria With Assad?
When Western Technology aids in Killing Innocent Syrians, It is Hard to Turn a Blind Eye
Slippery Barack Obama 976