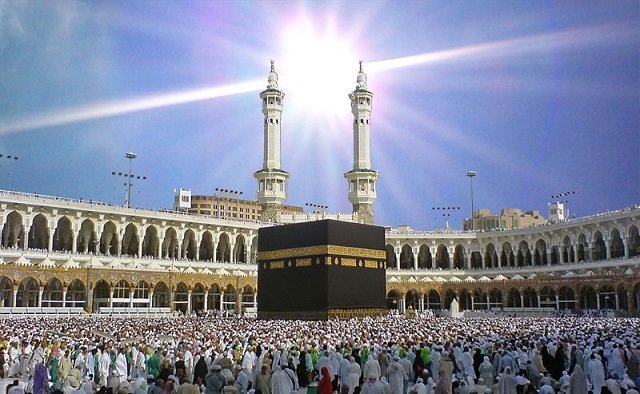 July 28, 2015 11:10 am 0
Iran Reminds Obama and Kerry Who is the Boss
Michel Suleiman: Lebanon’s President or Syria’s Ambassador?
Assad Had Nervous Breakdown, Iran Stopped Him From Quitting

There is a deep history of mistrust between Saudi Arabia and Iran that is based on religious and ethnic beliefs. Saudi Arabia is an Arab Sunni country and Iran is a Farsi majority Shiite country. Both are like two magnets repelling each other.

Any way the Saudis slice the Obama-Iran deal, its danger stares them in the face. Whether because of its inherent inability to hold Iran accountable for its past deeds dealing with nuclear development, or its perceived goals of delaying Iranian nuclear activities, the Obama-Iran deal weakens Saudi Arabia’s strategic position as the flag bearer for the Arab Sunni street.

Nuclear capabilities aside, Saudi Arabia has other concerns. The Obama’s Iran deal also emboldens the Mullahs to spread their wings of terror presumed to create Obama’s “equilibrium” in the region. The White House has yet to explain how Iranian terror in Syria, Yemen, and Lebanon creates this balance when none of the Arab countries engages in terror through proxy or directly. When Iran gains access to some $150 Billion almost immediately and possibly up to $420 Billion in 15 years, a big chunk of these funds will be invested to terrorize the Gulf countries and to take full control of Syria, Iraq, and Lebanon.

Add to the above a comment made by the sectarian Vice President of Iraq Nuri al-Maliki in which he stated that Saudi Arabia should be “placed under international trusteeship”, and you have all the pieces in place for the Kingdom to pursue its own Saudi nuclear program.

Incidentally, what al-Maliki meant by his irresponsible comment is that Saudi Arabia should not be ruling over Makkah and Medina. A trust takes control of assets. Al-Maliki may have divulged the true goals of Iran in the Gulf.

When Obama unleashed Iran unto the Arab countries, he unleashed an arms race that will remain secret for a long time.

If anyone believes, with all the simmering negativity surrounding the new dangerous Iran Obama has unleashed, that Saudi Arabia is going to wait for that morning when Iran aims its nuclear missiles against Riyadh, they are mistaken. The Saudi nuclear program has begun, and Obama has an interest in keeping it a secret to protect his deal with Iran. The moment Iran begins playing with fire, Saudi Arabia will not be caught with its abaya down. It will be ready to confront the Mullahs.

This hypothetical reasoning is not based on any information, but rather on logic. Saudi Arabia will not let Iran dictate a strategic military supremacy no matter the costs.

Are other countries contemplating their own military nuclear programs to emulate the Saudi nuclear program? Hard to say, but one has to assume that countries like Egypt and Turkey will not let Obama’s “equilibrium” provide an edge to Iran at the expense of their own self interests.

One has to believe also that Obama’s “equilibrium” is really meant for Iran to have its own nuclear arsenal just like Israel does. That Iran is led by men of violence and terror and Israel is a democracy that respects international laws does not seem to matter to Barack Obama. Obama’s ultimate goal may be to create a nuclear balance between Israel and Iran.

The Saudi nuclear program is secretively underway. Al-Sauds are not counting on the U.S. to save them from Iran. Nor are they putting their trust in a foreign minister on a charm offensive to anesthetize the Gulf countries.

Al-Sauds will do whatever it takes to protect Saudi Arabia from Iranian terror, including developing their own Saudi nuclear program that will produce nuclear bombs to create an “equilibrium” with Iran.