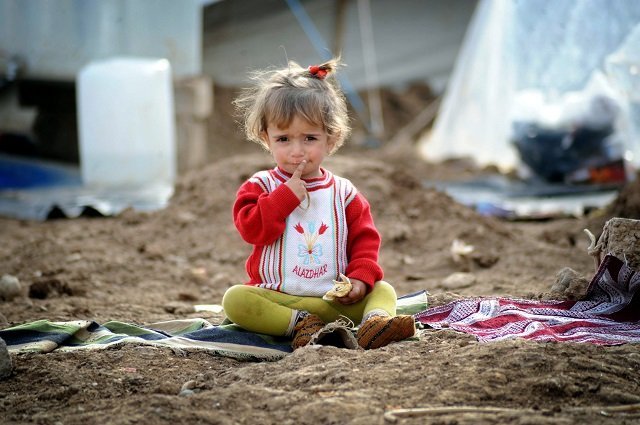 Sign Petition to Stand Up For the Children of Syria

July 1, 2015 8:21 am 0
Cuban Intelligence Aggressively Recruiting Leftist American Academics as Spies
The Useless Existence of The United Nations
Is Someone Testing Electromagnetic Pulse in Syria?

Stand Up For the Children of Syria, Sign Petition Today!

When I think about Syria, I’m overcome with emotion remembering the countless stories of children affected by the country’s ongoing conflict. It is truly a tragedy.

I often think of Wael, a 9-year-old boy, who was shot in the face by a sniper while he stood outside on a balcony with his mother. Although he survived, he now has to endure countless surgeries to help with the reconstruction of his facial features.

I also think of the horrific attack that left Hala, a 9-year-old girl, wandering the streets crying, terrified and covered in blood. She was injured and had just witnessed the death of her mother after a mortar fell on their home. Today, Hala is in a hospital coping with the psychological trauma that comes with witnessing the brutality of war.

Heartbreaking stories like these are all too common in Syria.

Today, nearly 7.6 million children in Syria and the region are struggling to survive each day, deprived of their most basic needs. The conflict – now in its fifth year – has left many living in immediate danger. Too many are without adequate food or safe drinking water. In a country where nearly all children were enrolled in school before the conflict, a quarter of schools are now damaged or in disrepair, leaving over two million children without regular access to education.

But the effects of war extend beyond Syria’s borders. The conflict has forced many children and families to flee Syria to neighboring countries in search of safety. Often times, these families are without the necessary documentation to receive medical care, enroll in school, or secure a job. Parents are unable to provide for their families, leaving children vulnerable to exploitation, abuse, forced marriage, or child labor.

As global citizens, we must take a stand to ensure these children are given the opportunity to grow up free from harm and to achieve their full potential. Children should never have to spend their days in a hospital recovering from wounds caused by conflict. Children should never have to witness death or experience the terror of fleeing their home.

While the situation in Syria continues to deteriorate, Syrian children are living through unimaginable hardships that jeopardize their future. With a new school year just a few months away, every day is an opportunity for world leaders to turn things around by making a commitment to protect the rights of these most vulnerable children. The children of Syria, like all children, deserve a healthy childhood, free from violence and with every opportunity to thrive.

Stand up for the children of Syria and call on world leaders to ensure the rights of Syrian children are protected. Sign the petition today!

Please Sign Petition to Stand Up For the Children of Syria