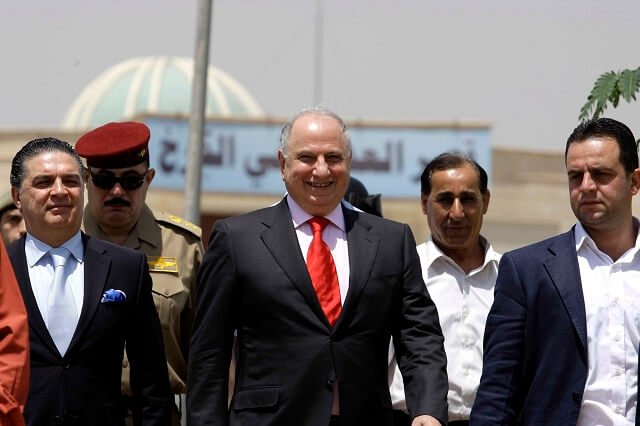 November 3, 2015 4:41 am 0
Shaming Arab Dictators For Rekindling Diplomacy With Damascus
Who is the Spy in the Saudi Composed Syrian Opposition?
Terror Industry Serves Important Economic and Political Goals

Ahmad Chalabi, the Iraqi politician who played a role in persuading the United States to topple Saddam Hussein in 2003, died on Tuesday of a heart attack, state television and two parliamentarians said.

Haitham al-Jabouri, secretary of parliament’s financial panel, which Chalabi had chaired, said attendants had found him dead in his bed in his Baghdad home.

Chalabi was widely seen as the man who helped push the United States into invading Iraq in 2003 with information about Saddam Hussein’s weapons of mass destruction program that was eventually discredited.

After Saddam’s fall, Chalabi returned from exile in Britain and the United States. At one point his name was floated as a candidate for prime minister but he never managed to rise to the top of Iraq’s stormy, sectarian-driven politics.

His eventual fallout with his former American allies also hurt his chances of becoming an Iraqi leader.

His death comes days after it was announced that the findings of a long-awaited British investigation into the Iraq war, the Chilcot inquiry, in June or July of next year.

There have been several delays in the release date of the inquiry, which is investigating decisions and mistakes in Britain’s planning and execution of the war in 2009.

Recently, former British Prime Minister Tony Blair apologized for aspects of the Iraq war in an interview with CNN, although analysts suggest that the gesture is too little, too late.

“I can say that I apologize for the fact that the intelligence we received was wrong because, even though he [late Iraqi President Saddam Hussein] had used chemical weapons extensively against his own people, against others, the program in the form that we thought it was did not exist in the way that we thought,” Blair told CNN anchor Fareed Zakaria

However, his long-awaited apology was long due for some observers while for others, it was “hardly an apology,” George Joffe, a research fellow and lecturer at the center of international studies, University of Cambridge, told Al Arabiya News.

“It was an acknowledgement,” Joffe explained, adding “all he said basically that he made mistakes but getting rid of Saddam was not.”

Blair fell short of a whole-encompassing apology for the war when he said: “I find it hard to apologize for removing Saddam. I think, even from today in 2015, it is better that he’s not there than that he is there.”

But at the same time, Blair conceded that the Iraq war was partly to blame for the rise of the ISIS, which is currently occupying large swathes of territories in Iraq and Syria.

Born in October 1944 to a wealthy Baghdad family, Chalabi left the country in 1956 and spent most of his life in Britain and the United States, where he received a doctorate in mathematics.

He organized a Kurdish uprising in northern Iraq in the mid-1990s but hundreds of people were killed and he later fled, returning only when U.S.-led invading forces took control.

Key figures in U.S. president George W. Bush’s administration hoped Chalabi and the INC might take over Iraq as an interim government after the fall of Saddam, but his group was little-known and little-liked at home.