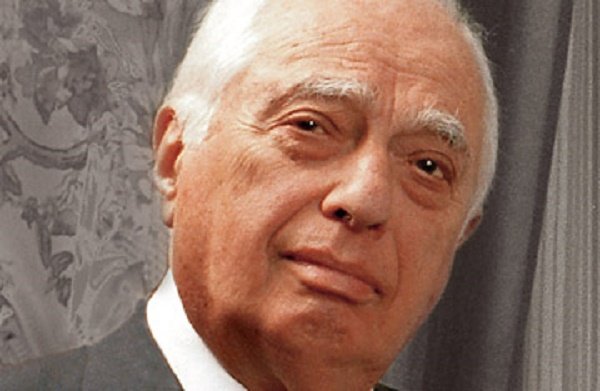 The Bernard Lewis I Grew to Admire

June 1, 2016 8:37 am 0
Why Israel Must Announce Its Syrian Strikes
Assad Must Go. Whether He Wants To or Not.
Mirror, Mirror on Syria, Who Has Released Jabhat al-Nusra Bacteria?

Yesterday, many friends and acquaintances of Professor Bernard Lewis celebrated his 100th birthday. I was honored to be one of those people.

I first met the professor face-to-face after a lecture he gave at George Washington University in late 2003 or early 2004 in which he discussed a Syrian Muslim scholar named Abdul Rahman al-Kawakibi. Al-Kawakibi’s intellect had a very positive influence on Islam at the turn of the 19th century. If every Muslim followed in al-Kawakibi’s footsteps, Islamic terror would probably have never existed.

At first, I called him, like everyone else, Professor Bernard Lewis until a dear friend of his, few years later, recommended that I call him uncle Bernard. Surprised by this gesture, I learned that uncle Bernard enjoyed the idea that all tolerant and open-minded Muslims deserved the respect and the empowerment to change the course of a religion that has failed us all with its strict and illogical traditions. In two words, he honored me for the work I was doing at the time in fighting terrorists and fanatics. It took me a while to understand why.

On the few occasions uncle Bernard and I met (Always with other friends or through them), he would talk to me mostly about Syria, Hafez al-Assad, and his experience of its history. His amazing memory of events and people was beyond extraordinary. As a Syrian, I learned more about my own country from uncle Bernard that would last me a lifetime. My scholarly shortcomings – sometime utter ignorance of historical facts – never discouraged him from discussing any subject matter with me. The light of knowledge always shined in his presence. Recollecting our discussions became a full-time obsession as my learning curve grew vertical because of the giant man I am so fortunate to know.

One day, upon accompanying him to the White House with one of his best friends, he told me a joke about Hafez al-Assad that summarized his dictatorial rule of Syria. I grew to learn from uncle Bernard when he said so much in so few words. Listening to him and see the glitter in his eyes when he talked history was mesmerizing.

Then I started reading some of his books. The one that struck me the most was “What went wrong with Islam” in which he discussed, using historical facts and his deep knowledge, why Islam has gone astray. Why Muslims are unable to produce critical thinkers and why Islam’s little friction with Europe after Reformation doomed it. To this day, I still quote from the book and see its logic with every act of terror or beheading the fanatics in our religion practice with abandon.

If one reads the many books of Professor Bernard Lewis, one would know why in the Arab Muslim world people read an average of 11 pages a year when Americans read an average of four books. This statistical fact summarizes our sorry existence.

Sometimes I would ask him precise questions about Islam. To my amazement, his answers often would quote from the Koran or the Hadith. To this day, even though I never asked that impertinent question, I still think he memorized every passage in both. I have never met a man with such extraordinary photographic memory; nor will I ever meet anyone like uncle Bernard in my lifetime. To say that I am fortunate to have had the opportunity to listen to his wisdom and knowledge is an understatement. In a mysterious way, his influence will always remain within.

Happy 100th birthday uncle Bernard. The impact you have on history can never be undone, nor will the chuckles I experienced when talking about Hafez al-Assad.

We love you dearly and always will.

The Bernard Lewis I Grew to Admire

What Choices Saudi Arabia Has in Syria But To … ?
Cheer-leading an Engineered Confusion
Pussyfoot Trump Makes Iran Great Again
Opinions 1017 Things That Matter 382