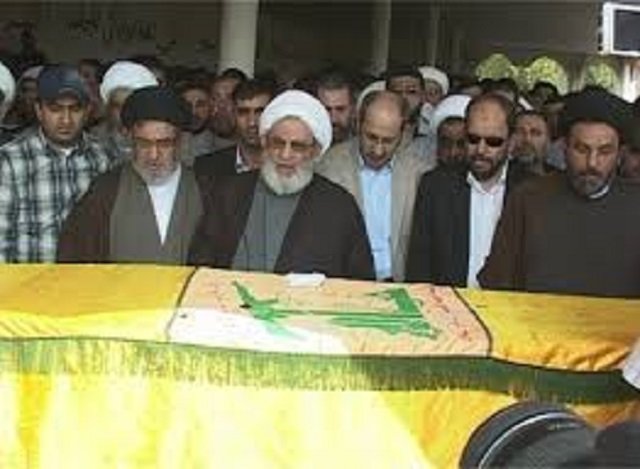 October 3, 2012 8:06 am 0
The Arab Curse
The Emails Imaging the Souls of the Assads
Learn About Syrian Genocide, Jewish Holocaust

Hezbollah’s al-Intiqad newspaper confirmed that one of its commanders named Ali Hussein Nassif was killed in Syria “While performing his Jihadi duties”. For Hezbollah, it is a Jihadi duty to kill Syrians.

According to a story in the Guardian, a Lebanese security official stated that Nassif has been fighting alongside the Syrian army. He and many other Hezbollah fighters were killed recently and their bodies returned to Lebanon.

Media outlets loyal to Hezbollah, including al-Manar television and the moqawama.org website both carried stories acknowledging Nassif’s death, which they said had happened as he “carried out his jihadi duties”. The reports did not specify where he had been killed.

Samer al-Homsi, an activist in Homs, said that Nassif was killed by a roadside bomb that detonated outside the town of Qusair killing him this past Saturday.

There are two sides to this story that are immensely important.

One side shows Hezbollah is actively involved in killing Syrians and calling it a “Jihad duty”, which in essence means the extremist Shia of Hezbollah see it as a duty to kill Sunnis. The other side deals with how the methods Assad, Iran, and Hezbollah taught al-Qaeda fighters to kill Americans with in Iraq is now the same methods they are being killed with.

We find it appalling that Hezbollah sends its battle-tested commanders to Syria with the aim of killing the Syrians fighting for their freedom. These Syrians happen to be all Sunnis, which makes their statement an “in-your-face” religious war. Yet, Hezbollah still garners support from people like Aoun or Miqati. Is Aoun that stupid to support a Jihadi effort against people he must live with? Only Aoun can answer this question.

From ugly to uglier, from violence to more violence, and from hate to more hate. Pity the innocent caught drowning in this sewer.