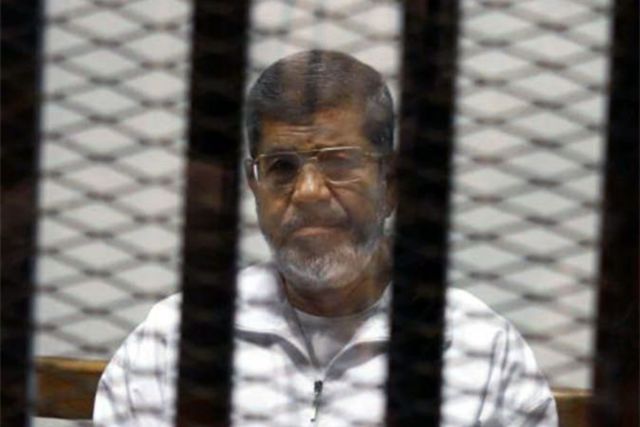 In one of the Muslim Brotherhood’s signature Treatise on Jihad, Hassan al-Banna, founder of the MB, writes the following (Source: PMW), which may explain the short political life of Mohammad Morsi after he called for Jihad in Syria:

“All of the sages, the earlier and the later ones… agree that Jihad is a religious public duty to spread Da’wa (Islamic missionary work) incumbent upon the Islamic nation, and is a personal duty to fend off the infidels’ attack on the nation.”

That was Morsi’s mortal call.

In fact, the Brotherhood’s motto reads:

“Allah is our goal, the Prophet is our leader, the Quran is our constitution, the Jihad is our way, and the death for Allah is our most exalted wish.”

In other words, death, death, and more death. Morsi’s mortal call was a prelude to much death.

If there is one element in Islamist behavior we should never tolerate, in the Arab countries, the Muslim countries, or the West, is the the type of Morsi’s mortal call for Jihad.

In one rally followed by Morsi’s mortal call for jihad on June 15 of 2013, Mohammad Morsi wiped 90-years of MB’s struggle to ascend to power by showing the real colors of the Muslim Brotherhood.

And although many Syrians want to see Assad gone, a Head of State cannot call for Jihad, especially when he leads an 80-million angry and hungry nation. Intolerance is one thing, but intolerance laced with a penchant for religious violence is a red line we cannot accept to cross.

Mind you, we should not also tolerate the intended attraction of Jihadism Assad planned as part of a sectarian war to survive in Syria, but this part seems not to register as badly because Assad has a history of using Jihadism for his own personal advantage, which the world community has amazingly tolerated for over 45 years of Assad terror. .

However, defeating Jihadism after encouraging it is a trap that does not choose its victims. Let us not be tolerant of Assad either.