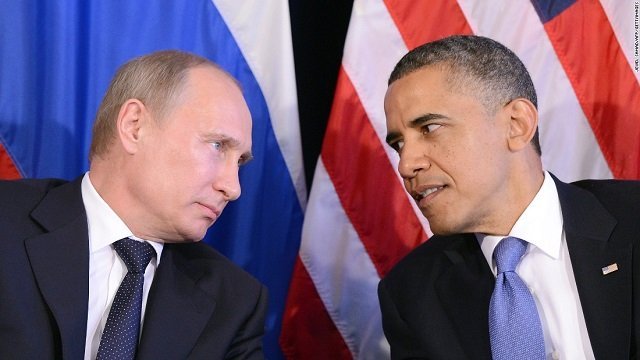 What is the Mystery Behind Assad Bragging?

July 5, 2013 1:43 pm 0
Are We Inventing Intelligence Now?
Assad’s Mother Dies, Son to Follow Soon
Bird of a Feather Flock Together

As Assad unleashes hell on Homs, he took the time to brag about surviving the Syrian civil war. What is the mystery behind Assad bragging?

In an interview with the Government-controlled al-Thawra (The Revolution) newspaper, even before he secures the defeat of the rebels, Assad said:

It is hard not to ask some hard and, we admit, semi-conspiratorial questions considering the war is not yet over and the Assad regime is still in danger of a protracted long civil war.

Where this Assad bravado comes from considering the world has recently observed some MILAN anti-tanks and other advanced weaponry in the hands of the rebels?

Why the enemies of Hezbollah, like Saudi Arabia and Israel, are passively ignoring Hezbollah fighting in Syria when the terror organization gains real-time military experience it can use against them in the future?

Does that not meet the bar for an Obama red line equivalent to using WMD by Assad or does the killing of few Hezbollah fighters have a higher value than the collective military experience of Hezbollah?

Why the world is suddenly afraid of 6,000 Syrian Jihadists but not the 500,000 pro-Iranian terrorists?

Why Kerry keeps commenting that the US and Russia are “working towards Syria talks”, which means they are “still talking about talking” 28 months after Assad violently tried to crush Syria’s peaceful revolution?

Is it possible that Obama is negotiating away the opportunity for more advanced weapons to the rebels in return for a chance to look good by snarling Snowden from Putin’s hands?

We cannot believe Mr. Obama would put his own self-interests ahead of the nation unless he believes the nation is better served if we abandon the ME region to sort itself out.

In the aftermath of destroying a country and intentionally massacring tens of thousands of people, which qualifies Assad for a tribunal for crimes against humanity, Assad bragging means there is something he knows only those who hold his fate in their hands, like Putin and Obama, know.

What is the Mystery Behind Assad Bragging?

Inspect Syria, Assad Blows Iraq
The FSA Distances Itself from the SNC and Seeks Military Intervention
The one line the West keeps repeating that is helping Assad win the war
Syrian Revolution 1349