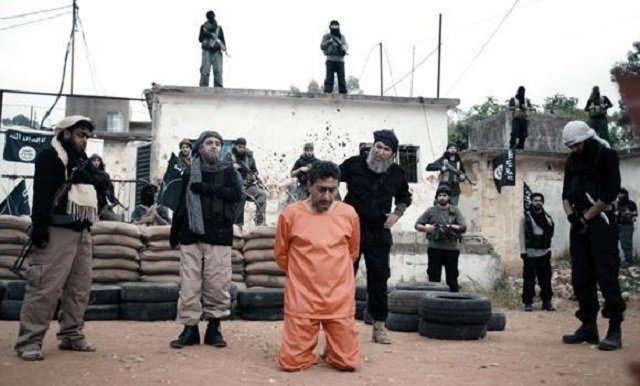 July 2, 2013 7:39 pm 0
Global March to Jerusalem? How About One to the Ruins of Homs Ayatollah Khameini?
How The West Will Introduce Stinger Missiles Against Assad
Is Putin extorting Obama?

Measured control has been the hallmark of the Iranian regime and its cohorts when you consider how surgical their terror operations were in Iraq between 2003 and 2007. However, in the case of Syria, after releasing the Islamists, Assad lost total control.

The terror in Iraq was enough to cause US casualties but not enough to weaken a government Iran supported. The same is true in Lebanon when Assad and Hezbollah unleashed acts of terror against their enemies but they were controlled enough not to cause the fall of a government that supported their agenda.

In similar fashion, the Assad regime employed the same measured control tactics in Syria by taking the war sectarian in the hope these tactics would attract enough Islamist elements the regime can use to gain full support from the minorities and to scare the West. Initially, it did not work (Here is the Austin Tice staging video used to scare the West), so Assad increased the dosage by committing additional numerous horrible atrocities as well as releasing hardcore Islamists from his jails he knew would lead a sectarian war.

His cyber warriors, the Syrian Electronic Army, started posting them online for the Arab world to see (Here is an old video of Assad men first slowly cutting Syrian civilian peaceful protesters held prisoners with knives, then stabbing them repeatedly until they died).

With hundreds of such videos to include ethnic cleansing of Sunnis, the Islamists, the weapons, and the funds began to flow. Assad must have felt triumphant because his plan worked. He inserted religious hate into the civilian war as he promised and it was time to turn the propaganda spigot on.

However, what both Iran and Assad miscalculated was how the Gulf countries viewed these Islamists flowing into Syria. To Sunni rulers who have watched Hezbollah become a potent threat to their existence, here was a chance to mimic Hezbollah by coalescing quickly, behind a worthy cause, elements they can empower to be at the forefront of their war against Iran. The weapons and the funds flowed even more freely.

The suicide attacks against the Assad regime and the dexterity Assad discovered in the religious hate he amplified turned on him so quickly that Iran, Iraq, and Hezbollah had no choice but to enter the Syrian civil war openly otherwise Assad was doomed. Assad invited the Islamists to fight him, but Assad lost total control of the situation.

So now, Assad is crying wolf. So are his supporters who are realizing that even though they have absolute superiority in numbers, weapons, and total Russian and Iranian support to include high level of intelligence, it took the regime over three weeks of fierce fighting in Qusayr before it was able to dislodge far fewer rebels who had very little ammunition and no potent defensive weapons.

The Islamists Assad invited into Syria may end his regime after all, not save it. The Christian community of Syria has yet to realize the horrible reality Assad has imposed on them.

Even when he is threatened, Assad is a threat to the West. All the Salafis fighting in Syria today hold special invitation cards courtesy of his regime and for one reason only: For Assad to stay in power.

The West must arm the rebels to dislodge Assad as well as provide a plan for a no-fly and a no-go zones to protect the minorities. After Assad, Syria will sort herself out as long as the minorities remain safe and the Islamists know the West will wage a war against them should they not disarm and disperse.