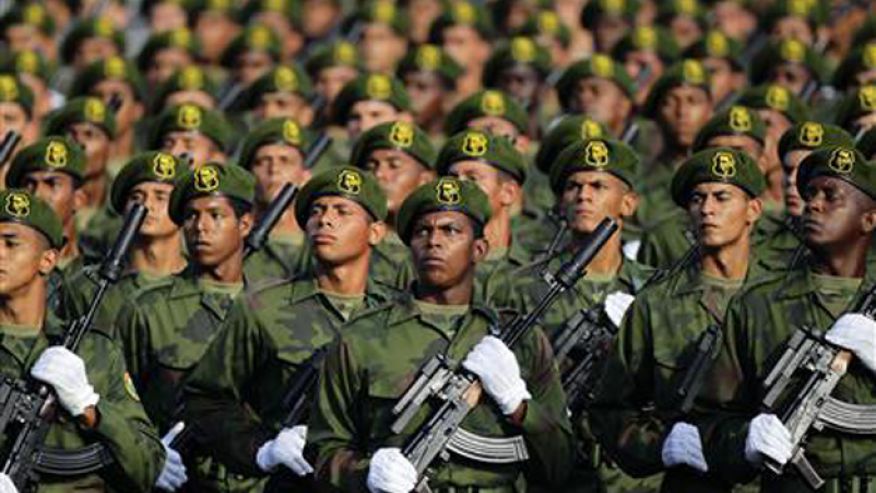 TFS Note: Who said the Cold War was over. This is the old Soviet bloc coming together under a Russian president raised by the Soviet principles. Meanwhile, Obama’s Communist roots help explain his treason of abandoning the region to our worst enemies.

Cuban military operatives reportedly have been spotted in Syria, where sources believe they are advising Bashar al-Assad’s soldiers and may be preparing to man Russian-made tanks to aid Damascus in fighting rebel forces backed by the U.S.

Gen. Leopoldo Cintra Frias, head of  Cuba’s Armed Forces, recently visited Syria to lead a group of Cuban military personnel joining forces with Russia in their support of Assad, according to information received by the University of Miami’s Institute for Cuban and Cuban-American Studies.

On Wednesday, a U.S. official confirmed to Fox News that Cuban paramilitary and special forces units are on the ground in Syria, citing evidence from intelligence reports. The official, who spoke on condition of anonymity, said Cuban troops may have been training in Russia and may have arrived in Syria on Russian planes.

An Arab military officer at the Damascus airport reportedly witnessed two Russian planes arrive there with Cuban military personnel on board. When the officer questioned the Cubans, they told him they were there to assist Assad because they are experts at operating Russian tanks, according to Jaime Suchlicki, the institute’s executive director.

“It doesn’t surprise me,” Suchlicki told FoxNews.com, noting Russia’s long history of supplying military equipment to Cuba as well as Cuba’s assistance in Soviet-led operations in Africa the 1970’s.

“They have a very close relationship,” Suchlicki said. “The Russians have been training the Cubans for years and supplying them with all sorts of military equipment.”

Syria’s bloody civil war is in its fourth year and has so far cost an estimated 250,000 people their lives and sparked a humanitarian crisis as displaced refugees flee the embattled nation. The U.S. has called for the ouster of dictator Assad, and is supporting a rebel group known as the Free Syrian Army. But ISIS and Al Qaeda offshoot Al Nusra are also present in Syria, battling Assad, the FSA and each other. Russia, Iran and now apparently Cuba are helping Assad in his bid to maintain power.

Cuba’s military is ranked the world’s 110th most powerful by the site globalfirepower.com. While small, the Cuban military is “very well-trained,” according to Suchlicki, who said their presence in Syria is a “departure from what the U.S. expected.”

President Obama earlier this year removed Cuba from the list of state sponsors of terrorism, seeking to normalize relations between the two countries. The U.S. cut off diplomatic relations with Cuba in 1961 after Fidel Castro’s revolution. The U.S. spent decades trying to either actively overthrow the Cuban government or isolate the island, including toughening the economic embargo first imposed by President Dwight D. Eisenhower. The U.S. Embassy in Havana reopened in July 2015.

“Yes, there are those who want to turn back the clock and double down on a policy of isolation,” Obama said at the time, “but it’s long past time for us to realize that this approach doesn’t work. It hasn’t worked for 50 years.”

“This is a historic step forward in our efforts to normalize relations with the Cuban government and people, and begin a new chapter with our neighbors in the Americas,” Obama said in July from the White House Rose Garden.

The U.S. official described Cuban’s involved in Syria as similar to the “Cuba-Angola arrangement” — a reference to Cuban troops operating on behalf of the Soviets in several central African countries in the 1970’s. Cuba also sent troops to Syria in 1973 to support them in the Yom Kippur War against Israel and deployed officers to observe Israeli military tactics.

The official could not confirm whether Cuba’s top general is in Syria, or if Cuban forces are manning Russian tanks provided to Assad by Russia.

“If this information about the presence of Cuban troops in Syria now is confirmed, it would indicate that General Raul Castro is more interested in supporting his allies, Russia and Syria, than in continuing to normalize relations with the U.S.,” the Institute for Cuban and Cuban-American Studies said in a statement Tuesday.

“Raul Castro has expressed publicly his support for the Syrian regime and his solidarity with Russian and Iranian objectives in the Middle East,” the group said. “This new Cuban internationalism reaffirms one more time that the Castro’s brothers are more interested in their role in the world in opposition to the U.S. than in modernizing Cuba and helping the Cuban people rise above their current misery.”