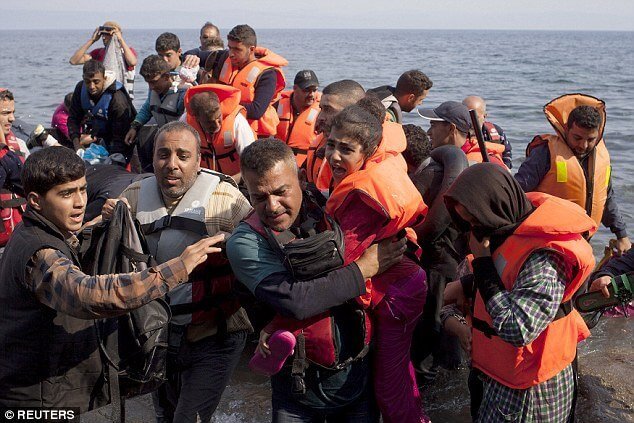 Remove Assad From Power for Syrian Refugees to Return Home

A new poll shows that few Syrians want to leave their country for North America. Of Syrians surveyed in their homeland who said they wanted to move, a mere 6 percent chose the United States and Canada as their desired location, according to the poll by Gallup, a global polling and research firm based in Washington, D.C.

Europe was the most popular destination, chosen by 39 percent, followed by the Middle East and North Africa, with 35 percent, it said.

Remove Assad from power for Syrian refugees to return home or never leave it.

The poll interviewed 1,002 adults face-to-face in Syria in January, with a margin of error of plus or minus 3.5 percentage points.

North America was the least popular region globally. Of those choosing the region, fewer than half selected the United States.

“There is nothing in the data that we found that would imply that anyone is particularly trying to come to the U.S.,” said Mohamed Younis, a senior analyst at Gallup.

In the wake of the Nov. 13 attacks in Paris by Islamist State militants that killed 130 people, a number of presidential candidates from the U.S. Republican Party have warned against welcoming Syrian refugees into the country.

They have warned that Islamist militants might try to enter the United States under the guise of being refugees. However, this poll shows that most Syrians would prefer Europe. Hence, if Europe wants to stem the flow of refugees, remove Assad from power for them to return home or stay at home.

Last month, leading Republican presidential candidate Donald Trump said when Syrian refugees “start pouring into this country, we don’t know if they’re ISIS, we don’t know if it’s a Trojan horse.” Maybe Trump ought to trust U.S. security officials with vetting those who seek a sanctuary from the Assad atrocities.

Republican Chris Christie has said he does not trust the administration of President Barack Obama, a Democrat, to vet refugees, while Republican Ben Carson said at a campaign event that Syrian refugees, whom he compared to “rabid dogs,” would endanger Americans.

The Obama administration has said it will accept 10,000 Syrian refugees into the United States over the next year. A Gallup poll from late November showed 60 percent of Americans opposed the plan.

Canada has said it will accept 25,000 Syrian refugees by the end of February.

The Gallup poll, released on Monday, found 46 percent of Syrians overall would leave Syria if they could. Residents in certain sections of Syria were not polled due to security, representing about one-third of the population.

Remove Assad From Power for Syrian Refugees to Return Home