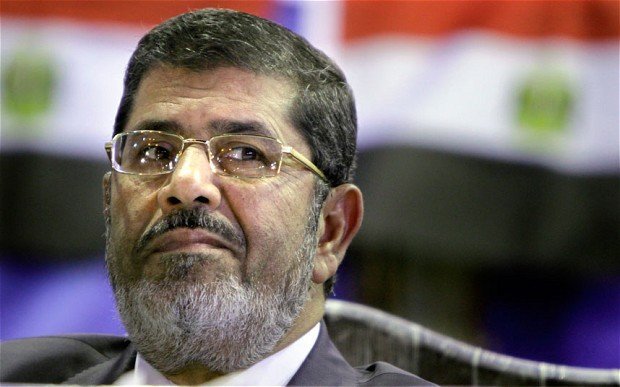 December 6, 2012 4:26 pm 0
Unintended Consequences of America’s Retreat
An Observation About the Dichotomy of Christians in the Levant
The Saudi “Silent Earthquake”

According to the CIA Factbook, Egypt’s Median Age is 24.6.

Here is another way to put it.

The candidate supported by the Arab League (Ahmad Shafik) lost to the Islamist candidate supported by Qatar, Turkey, and to a certain extent Iran, whose leaders may have changed their mind since because Morsi did not tow fully their line after his Tehran visit. All three countries are unfriendly to Saudi Arabia, the one with the real power inside the Arab League. There were no candidates on the ballot who had the support of the people of Egypt and whose age mirrored the Median Age of Egyptians.

FROM DEMOCRACY TO AUTOCRACY

Once Morsi got elected, he tried, as every Islamist Sunni has done for centuries, to seal his fate by closing the books on what got him elected; thus granting himself immense powers that would lead to a single rule, by a single man, for a singularly long time. Not too different from closing the book on questioning and interpreting Islam, which has been in place since the 8th Century.

Morsi is in trouble today, even though he refuses to admit it. He is in trouble because men like him do not understand the Arab Spring and what the young Arabs want. Simply put, they want to live a life where no old men tell them what to read, what to wear, and whom to love.

Not that complicated really. It’s about speaking their minds, expressing their youth, and feeling happiness. If they can have these, then they know they can have what matters in terms of jobs, education, health, and the kind of society to facilitate a better life for them.

Now that Morsi is in trouble (Rookie politicians backtracking is deadly for their careers), the Arab League smells blood. Honoring its traditions of pushing for a new opposition, Mohammad ElBaradei and Amr Moussa suddenly appeared on the stage. ElBaradei is 70 years old and Amr Moussa is 76 years old. During a France24 TV show aired today, which interviewed young Egyptians discuss the events unfolding, none could identify who their representative was. The Arab League and the Islamists are rolling over the majority of Egyptians who average 24.6 years.

Unless we limit the capacity of the Arab League and the Islamist backers in the region to keep their influence under control, the Arab Spring will continue coming back in waves. Old men ruling the region today are having a hard time understanding their own demographics; or they refuse to accept the reality on the ground. But then, what can we expect from King Abdullah of Saudi Arabia who is 88 years old and Ayatollah Khamenei who is 73 years old?

As to Erdogan and Morsi, their age is really the age of Hassan al-Banna. Both were born in 1906.

The Quiet Arab Spring No One Hears About
The Dealers of Hope
What if Assad survives?
Opinions 1006 Religious Zealots 12 Things That Matter 382