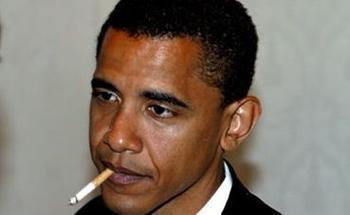 President Obama’s White House carol “Don’t do stupid shit” has come under fire from his former Secretary of State Hillary Clinton. To investigate the matter, I dispatched my Syrian confidant and master of the universe Falafel to the front lines in Iraq where our pilots are fighting ISIS. Falafel Investigates Obama mantra “Don’t Do Stupid Shit”.

Falafel was tasked with the duty of gauging the moral of our troops within the context of Mr. Obama’s “Don’t do stupid shit”. Falafel investigates Obama mantra effect on the morals of our troops.

After landing on the U.S.S. George H.W. Bush aircraft carrier, Falafel was ushered into the private quarters of Capt. Andrew J. Loiselle.

Falafel: Captain, thank you for your hospitality. I am here to investigate President Obama’s mantra “Don’t do stupid shit”. Can you tell me how the brave men and women under your command feel about it?

CAL: I am not at liberty of discussing highly classified mantras.

During the interview, Captain Loiselle was in direct contact with a squadron of Hornets in pursuit of ISIS terrorists in the desert. The radio crackles, and we can both hear a voice stressed by one hell of a G-force.

Unknown Pilot: Captain, I have a dozen or so ISIS men in my line of sight, what are my orders, sir?

Falafel: Captain, you told me it had no effect whatsoever. What was that?

CAL: As I said, this is classified by an Executive Order from the President of the United States.

In comes a Lieutenant with visible stress on her face.

Unknown Lieutenant: Captain, a Russian submarine is taunting us. They just fired a torpedo at us. What are your orders, sir?

Falafel: It is obvious to me that your Commander-in-Chief is paralyzing your operations Captain.

CAL: Take it up with 1600 Pennsylvania Avenue directly. I have a family to take care of at home.

Falafel: Captain, I am here to get to the bottom of this.

Suddenly, the door swings open violently and in comes an ISIS terrorist with a suicide belt. Behind him is a Navy Guard with his weapon drawn.

Navy Guard: Captain, I can take him out before he blows himself.

Everyone survived because the trigger was wet.

Captain Loiselle was simply following the mantra his commander-in-chief turned into a military order.

For more information on Falafel, check his short bio here.