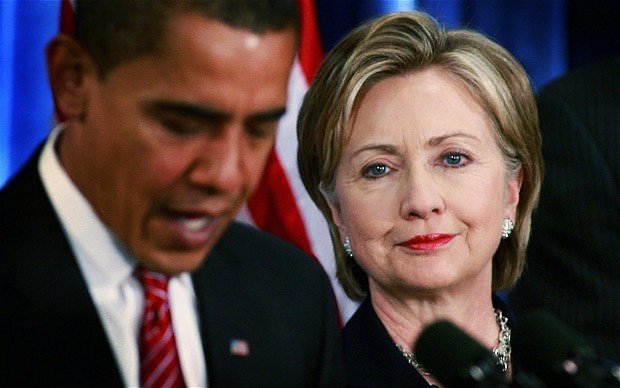 Former Secretary of State Hillary Clinton?drew a foreign policy line between herself and President Obama?in an interview this week, saying the President should have assisted Syrian rebels early in the bloody three-year conflict there, and issuing a dig at his administration?s minimalist doctrine.

The Obama administration?s wariness about assisting rebels out of fear aid would fall into the hands of extremists was misguided and ineffectual, Clinton said in an interview with?The?Atlantic,?and allowed for the rise of Islamic extremists who are now threatening to take over wide swathes of Iraq.

?The failure to help build up a credible fighting force of the people who were the originators of the protests against Assad?there were Islamists, there were secularists, there was everything in the middle?the failure to do that left a big vacuum, which the jihadists have now filled,? Clinton said.

President Obama resisted calls to arm moderate Syrian rebels, and did not initially send non-lethal aid to opposition forces. Clinton said that vetting, training and equipping the moderate Free Syrian Army, who in the early days of the revolution were at the core of the uprising against President Bashar Assad, would have provided better insight into the war in Syria and would have helped bolster a ?credible political opposition.?

Even while she created an ideological distance between Obama and herself, Clinton had admiring words for the President, calling him ?incredibly intelligent? and ?thoughtful.?