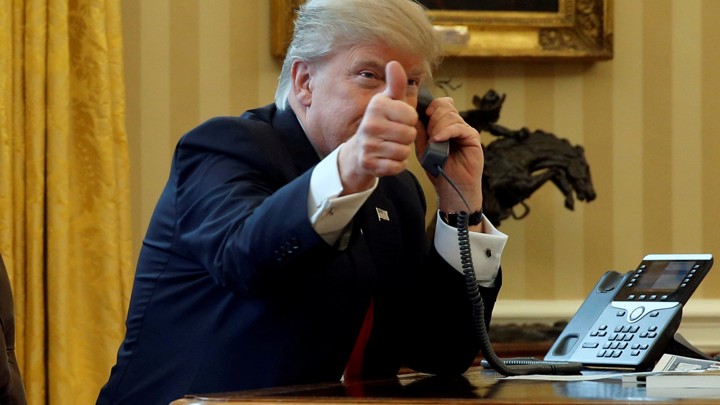 October 5, 2019 7:18 am 0
Israel Continues to Attack Syrian Defenses
Under Trump America Lost its Human Rights Legitimacy
No to Kurds But Yes to Syrian Oil Fields

Falafel did not waste a minute. Below is the juiciest part he felt are most important for the public to read.

I DID IT MR. PRESIDENT

MbS: Mr. President, I want to be honest with you. I did order the killing of Jamal Khashoggi exactly as the CIA accused me I did.

Trump: Don’t sweat it. Why are you calling me? State your business.

MbS breaks down. Starts crying like a baby. Trump smelled an opportunity.

Trump: What’s in it for me?

MbS stops his crying. Takes a breath. All relieved.

Trump: We know that you kept most of the money you stole from the so-called corruption purge you engineered. My little bird tells me you raked about $200 Billion. Only $100 Billion made it to the coffers of your government.

MbS: Your information is correct. In fact, I kept $102.3 Billion for myself.

Trump: OK then. I want you to guarantee me a $20 Billion payment in the form of contracts after I leave office. That’s less than 20% fee. I could charge you 33% you know. Like lawyers do. But I will only charge you 20% because I think I like you. Maybe the only brown person I like. Dark brown, that is.

MbS: Done! Do I have your full support and protection? Those CIA guys are coming after me because I deposed their man.

Trump: Jr. will travel to Riyadh with some documents for you to sign. Like building a Trump Tower for $10 Billion. Maybe two or three camel race tracks. Also, I will build you 10 sand golf courses. The first in the world. The ball does not roll as well, but I am sure you will figure it out. Maybe, also, a casino for few billions more. All in all $30 Billion from which I will keep my 20.

MbS: Mr. President, gambling is not allowed in Islam. We can’t build you a casino.

Trump: Nonsense. We can build it underground and build a wall on top to disguise its location. Come to think of it, maybe I will build you a casino inside a wall. No dumb Muslim would suspect it.

Trump: You have another 6 years before I leave office. Anything else?

MbS: I need to visit you at The White House so that the world knows you have my back.

Trump: Good answer. You can count on a visit and protecting your ass after you sign the papers. Jr. will be in Riyadh in 48 hours. Ciao, Ciao Mo. Nice doing business with you.

After this phone conversation and some documents Trump blackmailed MbS to sign, MbS became Trump’s buddy-buddy. Best friend in the world.

Also, after Falafel made it public, Trump tweeted:

Another witch hunt by the Democrats. I was joking. No one can take a joke anymore?

The Tweet was liked 17 million times, and re-tweeted 10 million more.

Thanks to Donald Trump, American democracy is imploding before our eyes.