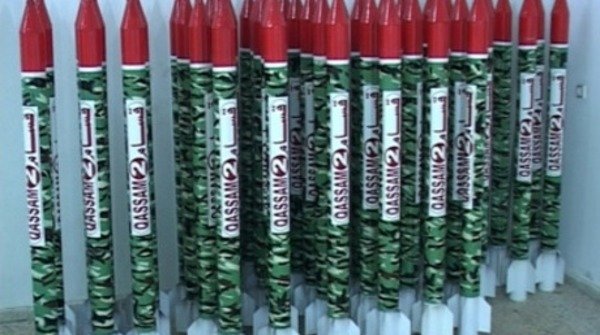 I arranged to finance a trip for my good Syrian friend Falafel to travel to Gaza to investigate what was going on. Falafel in Gaza would reveal the truth about Hamas.

At first, Hamas refused Falafel in Gaza through a special VIP red-carpeted tunnel with velvet-covered walls the Emir of Qatar ordered dug for himself; but when Falafel offered the bouncer a free Playboy Magazine as rare in Gaza as a free Muslim, the bouncer ushered him through quietly.

Falafel’s mission was to meet with Milina Shahin, UNWRA public information officer in Gaza. She told him she had only 10 minutes to spare because she was supervising the operation to return the missile stockpiles Hamas placed in her schools.

Falafel: How did the missiles find their way in your schools Ms. Shahin?

MS: They told us they were fireworks they were going to use to celebrate over-running Israel. Had I known they were missiles, I would have never allowed them this travesty?

Falafel: But surely, you can differentiate between a firework you can hold in one hand and a missile the sturdiest of donkeys could not haul.

MS: When I watched the Olympics in China, the fireworks they were displaying were quite large. I figured Hamas bought them for a very special occasion.

Falafel: There have been reports that Hamas has been firing their rockets and missiles hiding behind their own children and women. What do you know about this?

MS: Hamas has promised us they don’t do this. Even the American ex-Speaker Nancy Pelosi said Hamas is a humanitarian organization.

Falafel: UNWRA is a humanitarian organization. Do you stock missiles and rockets?

Falafel: Why are you returning these missiles to Hamas? Why not hand them over to the Israelis to destroy them?

MS: The Israelis would use them to kill their own civilians just to blame Hamas. We cannot be responsible for killing the Jews of Israel.

Falafel: Is it possible to hand them over to the Egyptians?

MS: In a way, we are. We asked Hamas to transport them back to Egypt and they promised they would.

Falafel: Is there anything you would like to tell Benjamin Netanyahu?

The interview was over when Ms. Shahin received a phone call by an UNWRA employee claiming the missiles being transported from this location were being stocked temporarily in another UNWRA school.

Just before Falafel left, a Hamas operative tried to give Falafel a big check drawn on the National Bank of Qatar to buy them TNT, cement, and rockets from the Assad’s arsenal to transport back to Gaza.

Falafel told me later that he cashed the check and gave it to the families of the IDF soldiers who died protecting their homeland.

The Cash Register of Terror
An Alliance of Opposites Made in Hell
Blame Qatari Incompetency on.. Israel
Political Satire 118 Western Appeasement 467