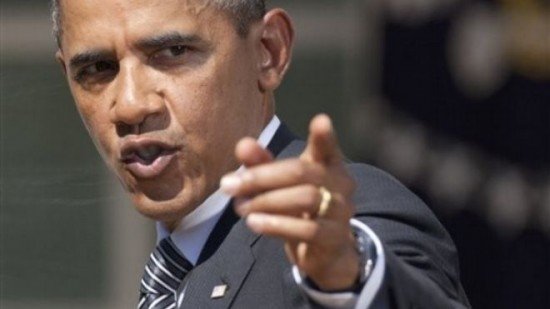 A disease called blame someone else

By now, many inside-the-beltway political junkies have acclimated themselves to the notion that Obama will always find a way to blame someone else. First, it was Bush, who is by a mile his favorite target; then it was, and still is, a myriad of faulty folks, unexpected events, and evil organizations that simply do not understand how great Barack Obama is.

Any way you slice it, the blame always falls on someone or something else. I wonder how psychiatrists define this disease called blame someone else.

Now comes this special report dissecting how the Obama administration operates on the inside. The authors, David Rohde and Warren Strobel, interviewed over 30 people who worked closely with the White House to paint the grim picture of their findings.

Let me extract the lemon out of this juice for you.

Decisions small as well as large are made at the White House, often with scant influence from the Pentagon and State Department and their much larger teams of analysts and advisers. Senior Cabinet officials spend long hours in meetings debating tactics, not long-term strategy, the officials said.

Robert S. Ford, the former U.S. ambassador to Damascus, recalled long meetings to debate small issues, such as which Syrian opposition members he could meet with and whether it was okay to give cell phones, media training and management classes to a local Syrian government council controlled by the opposition.

“There’s a real choke point,” said Michele Flournoy, who served as the Under Secretary of Defense for Policy, the No. 3 Pentagon civilian, in Obama’s first term. “There’s only so much bandwidth and there’s only so much they can handle at one time. So, things start to slow down.”

How do Obama’s people react to criticism of centralized analysis? Here is a snippet:

Obama’s aides say tight White House coordination is a must in an era when the United States faces threats like terrorism, which requires harnessing the capabilities of the Pentagon, the U.S. intelligence community, the State Department and other agencies. It’s the president’s duty to take ultimate responsibility for matters of war and peace, they say.

These novices in foreign policy blame terrorism for Obama’s decision process. That process helped increase terrorism in the Middle East and Africa. Have you read anything more disturbing than this?

My favorite though is the statement by Ben Rhodes on the NSC staff.

Rhodes, one of Obama’s longest-serving national security aides, says a series of complex world crises, not policy mistakes, has driven down the president’s approval numbers. More broadly, he says, Obama has been right to be deliberative in the wake of costly wars in Iraq and Afghanistan.

Just another blame someone else; like the “complex world crisis” for instance.

Again, notice how the NSC now defends its Syrian disastrous policy by pointing to Bush’s Iraq and Afghanistan. The Syrian opposition just wanted weapons to defeat Assad; they never asked for US boots. Yet, here is Rhodes hiding behind Bush and big wars to blame someone else, or something else.

The best of how inadequate the leadership is at the NSC I kept for last:

“What he’s always said is that if there’s a threat against us, we will act,” Rhodes said. “But when it comes to shaping events in cultures that are foreign to the United States we have to have some degree of realism.”

“Shaping events in cultures that are foreign to the United States” In other words, I have no clue what I am doing here. Syria is a foreign culture I cannot shape.

If someone cannot shape events in foreign cultures using the immense military and diplomatic powers at our disposal, that person should not be our commander-in-chief and his deputy national security adviser should not be responsible for Syria.

Did we not shape the cultures and the futures of Germany and Japan? From a dictatorship and an emperorship to two vibrant democracies.

Did we not shape the cultures of the Gulf countries? From desolate lands occupied by roving tribes to orderly systems of governments that adopted western standards.

Did we not shape the culture of Yugoslavia when we helped shape its breakup to save lives?

Did we not shape the culture of South Africa to abandon its Apartheid system with the help of an American who served under the Reagan Administration named Michael Ledeen?

Watch the movie “Plot for Peace” describing the untold story of how Apartheid ended and you will believe Americans can shape anything.

In each of the cases above, the US saved countless lives. In Syria, the White House just watched the butchering of innocent civilians at the hands of a madman. Is it our culture to ignore atrocities? It certainly is under this administration.

This is the tragedy of Barack Obama, and his novice advisers. They cannot shape their own policies, let alone shape others.

A disease called blame someone else