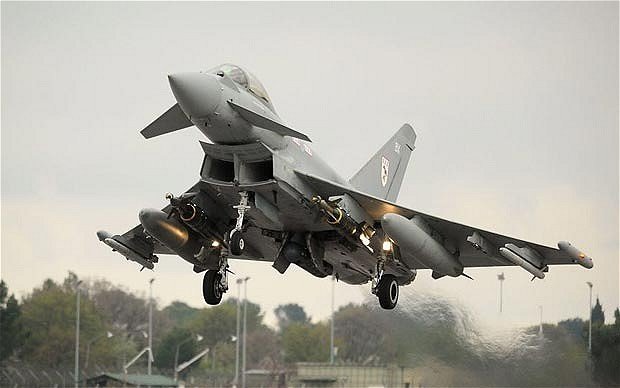 French President François Hollande has thrown his support behind a Turkish proposal to create a buffer zone on its border with Syria to protect displaced people, his office announced on Wednesday.

(France 24 Reuters) – Hollande gave his support to the plan following a telephone call with Turkish President Recep Tayyip Erdogan earlier in the day.

“(The president) insisted on the need to avoid massacres in the north of Syria. He gave his support to the idea proposed by President Erdogan to create a buffer zone between Syria and Turkey to host and protect displaced people,” read a statement from Hollande’s office.

It added that the two countries also agreed on the need to give more support to the moderate Syrian opposition to fight Syrian President Bashar al-Assad and the Islamic State group (IS), also known as ISIS or ISIL.

Both the United States and Britain offered cautious support for the idea of a buffer zone, saying they were willing to “examine” the proposal.

“The buffer zone… is an idea that’s out there, it’s worth examining, it’s worth looking at very, very closely,” US Secretary of State John Kerry told reporters.

“We are at the stage of exploring this,” agreed British Foreign Secretary Philip Hammond, adding “we’d have to explore with our other allies and partners what is meant by a buffer zone, how such a concept would work. But I certainly wouldn’t want to rule it out.”

However the White House denied that it was weighing the option, with spokesman Josh Earnest telling reporters, “it’s not something that is under consideration right now”.

Militants from the IS group are currently battling Kurdish fighters in the strategic Syrian town of Kobane, which lies on the border with Turkey. On Monday, a black Islamic State flag was seen flying on the eastern edge of the town.

While air strikes by a US-led coalition targeting the IS group appear to have helped push back the extremists, pressure has mounted for greater international action to save Kobane.

An estimated 180,000 of the area’s predominantly Kurdish inhabitants have fled across the border into Turkey since IS militants laid siege to Kobane three weeks ago.

Why Is Putin Angry Over France Bombing ISIS?
No Country Is Fighting Terror Like France
Of Psychpaths and Cowards
Things That Matter 342