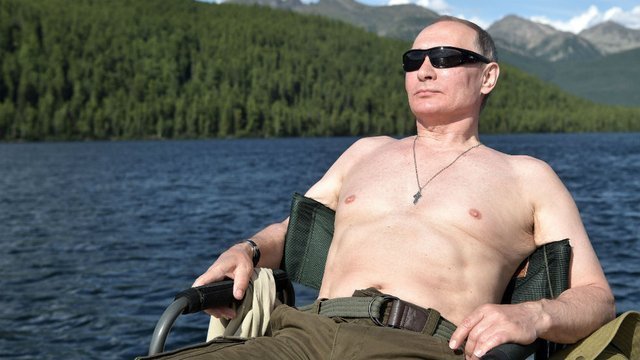 Russia has no consumer industry to speak of such as electronics, or cars, or even an industry producing simple toasters. The country is a vast wasteland with oil and minerals, oligarchs that control them, and peasants to extract them. Yet, Vladimir Putin has figured out how to attack our democracy during an era he knows the man in the White House would simply ignore. Congress, however, is a different story, which means confronting Putin starts with diplomatic and economic isolation.

The Democratic-controlled Congress could take its anger out at Donald Trump, or it could take it out on Putin. The latter offers the public a more patriotic choice, and a more defining strategy for the future. We all know, and the public is beginning to catch on, that our president is a con man. Let us waste our time on our enemies, not a man whose love for attention makes him even more dangerous. Democrats need to be ready to confront Russia today by passing laws it could weave into a more potent weapon in the future.

For example, there is no reason why the planned Qatar-Turkish gas pipeline to supply Europe with gas has to go through Syria. It could travel from Qatar, through Saudi Arabia, Jordan, Israel, and unto Turkey to Bulgaria, or underwater from Israel to Bulgaria should Turkey object to Israeli involvement. U.S. Congress should encourage, anyway possible, for such a pipeline to become a reality. Nothing like no-Russian gas reaching Europe puts Putin in his place. Our president would not dare undermine the effort because it would highlight where his loyalties lie.

The Act To Save American Democracy (ATSAD) should have the teeth of The Patriot Act directed at Russia and countries friendly to Vladimir Putin. It spells the threat of future sanctions based on trade and relations. As such, we should target directly the Russian oil industry the same way we are targeting Iranian oil today. ATSAD should take into consideration our allies who could fill the void in supplying oil and gas to Europe in the newly-designed Qatar-Turkish pipeline.

Even if GOP-controlled Senate refuses to consider the Bill, or Trump vetoes it, it would reveal much about our politicians. Let the GOP Senators running in 2020 explain to their constituents why they opposed such innocuous and patriotic Bill.

PUTIN IS ALL ABOUT THREATS

Vladimir Putin is not going to relent on attacking our country. He is on a revenge power trip for the fall of the Stalinist government Ronald Reagan pushed to the edge. Our open society, laws, and electronically-dependent economy is a bonanza for his devilish schemes he is not waiting to attack. Yet, instead of harnessing Russian energies to produce goods, like China has, Putin’s Russia is all about threats, blackmail, and bullying.

Russia is only known for producing a Georgian-born mass murderer named Stalin, Vodka, oil, and Tchaikovsky. That’s it. The Russian people live in the poetic past glory of WWII victory over Nazism. Eventually, Putin’s government will meet the same fate of the Soviet Union.

Economically speaking, Russia is as vulnerable as a baby born in a bombed-out hospital in Idlib. Congress has a duty to stop Putin’s threat to our country using whatever laws are necessary.