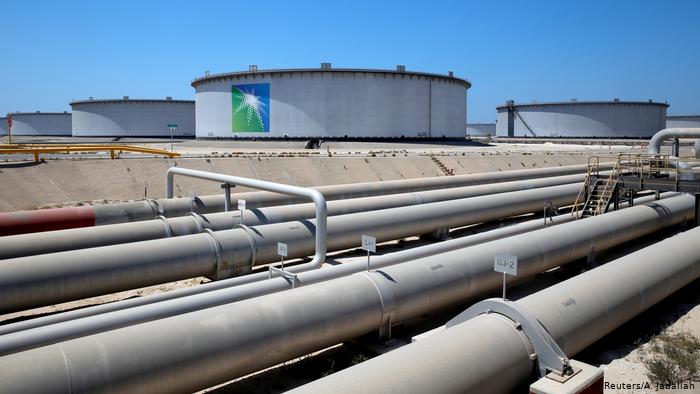 Houthis in Yemen sent Iranian-made drones to strike an oil pipeline that runs across Saudi Arabia west of its capital of Riyadh. Underway is Iran proxy terror against Saudi Oil infrastructure.

It’s going to be a bad problem for Iran if something happens, I can tell you that. They’re not going to be happy

Well, something happened. Where is President Trump to carry through with his tough talk? The Iranian regime will only up the ante if we witness Trump morph into a Barack Obama.

Saudi Energy Minister Khalid al-Falih Al-Falih vowed that production and export of Saudi oil would not be interrupted. In a statement, he called the pipeline attack “cowardly,” saying that recent acts of sabotage against the kingdom’s vital installations were targeting not only Saudi Arabia, but also the safety of the world’s energy supply and global economy.

Yemen’s Houthi rebels said they launched seven drones against vital installations in Saudi Arabia. Saudi Arabia has been at war with the Houthis and their allies in Yemen since March 2015, targeting the Iranian-allied rebels with near daily airstrikes.

The Middle East is entering a new phase of terror with help from Iranian missiles and drones.

All the problems we are witnessing today are the result of one man and his demented policy. Barack Obama empowered the Iranians by funding their terror operations and ignoring their missile and drone programs.

The fact we are sending a squadron of B-52’s, and the Abraham Lincoln fleet to the Arabian Gulf is proof that Iranian terror, not its nuclear program, holds the key to the region’s peaceful future. Obama opened the door for Russia to attack our democracy when he ignored Ukraine, and he opened the door for Iran to spread its terror in the region when he agreed to the Iran Deal.

Meanwhile, his idiot Secretary of State Tehran John is advising the Mullahs how to defend against our protective measures.

You cannot write that novel if you tried.

President Trump must act with resolve. If he does not, Iran would interpret his weakness as a green light to do more damage.

Since Iran is using proxies, weaponize the Kurds in Syria to maneuver drones unto Iranian oil installations and ships. Let Iran know we could do a proxy war big time too.