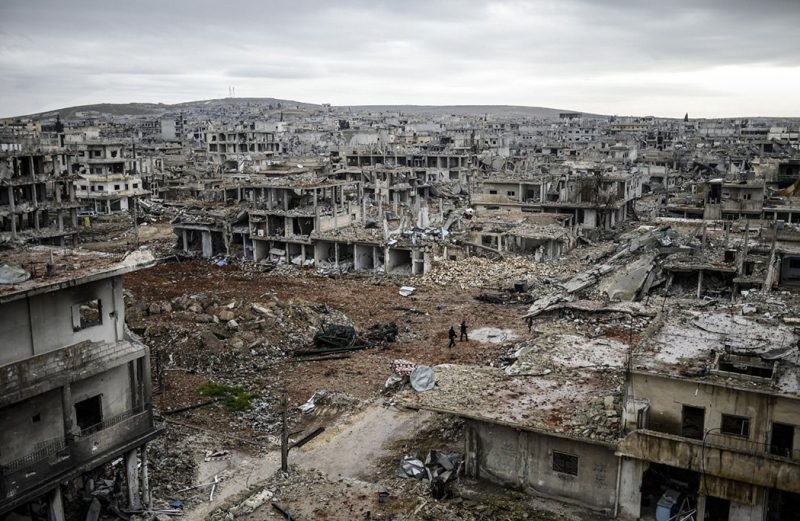 Assad Disaster Dawns on His Supporters

March 10, 2019 9:30 pm 0
The Struggling Souls of Free and Liberal Syrian Dissidents
Thomas Friedman Should Change His Weed
Erdogan Asked Putin to Step Aside in Syria

In the beginning of the war, Assad supporters, encouraged by his brutal security services, chanted “Assad or We Will Destroy the Country”. In Arabic, the chant rhymed artfully as the word country spelled “balad” just like “Assad”. Entering its 9th anniversary next week, the Assad disaster dawns on the dumb Syrian supporters who chanted willfully.

According to comments AFP published, the butcher of Syria complained that Syria is facing an “economic war”.

The war on Syria has taken on a new form that is basically siege and economic war.

Assad supporters are feeling that war in their daily lives. Did they expect that destroying the country would mean anything less?

As the war enters its ninth year this month, the country is gripped by a fuel crisis that has seen price hikes and long queues for cooking gas.

Let’s hear his supporters now facing a destroyed country with tough economic hardships chant “Assad or We Will Destroy the Balad”. Where are they today? What happened to their joyous chants?

The fact his supporters have been duped into believing their lives were in danger if the Free Syrian Army had won the war demonstrates just how naive they have been. That FSA army came from the Assad army whose members defected gradually after witnessing his brutality. Do you mean to tell us that the Assad army actually recruited “terrorists”?

There is no limit to the stupidity of Assad supporters. What did they expect to actually see after Assad destroyed the country? Roads paved with flowers and rice? Maybe they expected that their man Assad would wave a magic wand to rebuild what he destroyed? Many, we assure you, regret ever chanting that slogan.

Syria’s civil war will not end anytime soon. It does not mean if the Assad regime has been able to rout the moderates, or feed the extremists to protect his rule from a western regime change that the troubles for Syria are over. The destruction alone will take decades of construction of both stones and spirits. None of which will happen as long as Assad remains defiantly on top of the heap of rubles. Not while his regime of terror picks up where it left in 2011 with its dungeons of torture and death of innocent political dissidents.

Assad may think his battlefield problems are over when in reality, now that he no longer control his destiny in the hands of both Iran and Russia, Assad’s problems and future remain shrouded in more complications than his regime is ever able to imagine. Syria has no people it could rely upon to rebuild its economy, no infrastructure to lift it from despair, no funds to rebuild, and no silver lining the regime can point to to extricate itself from its own past.

Assad is a prisoner of his own making. Meanwhile, we believe his supporters have nightmarish visions the result of their own chants. The Assad disaster dawns on them today.

Assad Disaster Dawns on His Supporters