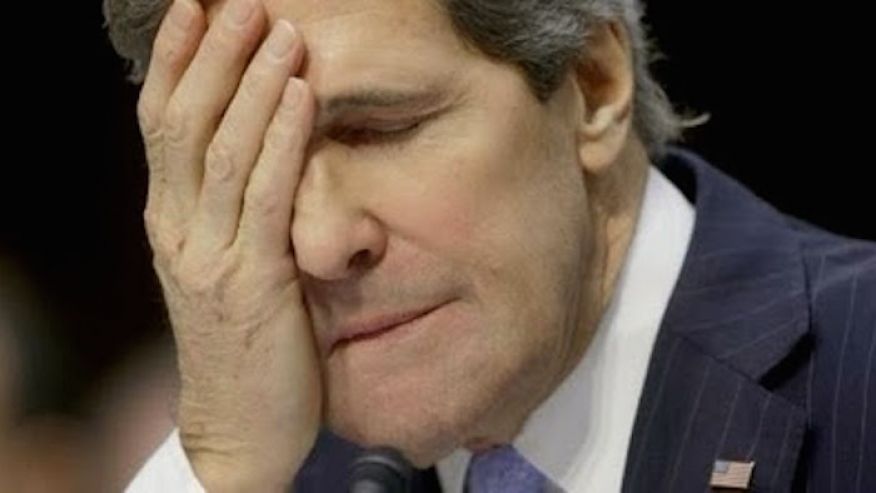 October 19, 2015 4:46 am 0
Syrian Peace: John Kerry’s Fake Orgasm
Fools Are Those Who Believe Kerry’s Plan B Includes a Military Option
John Kerry Shoots Himself in the Foot, Again

The United States is working to avoid the “total destruction” of Syria, and plans a meeting in the coming days with Russian, Saudi and Turkish leaders to seek an end to the conflict, Secretary of State John Kerry said Monday. What happened to Strategic Patience Mr. Kerry? How is that working for you and the President?

Washington considers that it bears the responsibility “to try and avoid the complete and total destruction of Syria”, fearing the potential fallout across the region and a possible surge in migration, Kerry said on a stop in Madrid.

So, what happened to Strategic Patience Mr. Kerry? The BS Barack Obama and Ambassador Rice concocted while smoking a joint?

Are we the only ones to see how incompetent Barack Obama and his staff have been? Is there a bigger banner to demonstrate Kerry’s urgent statement as compared to the White House Strategic Patience nonsense? Do you get a sense that President Obama has reduced American diplomacy to chasing our own tail?

We are not gamblers at TFS, but we are betting Putin is going to send Kerry back in a Heinz ketchup bottle. All red, all shriveled, and small.

Rumors are that Ben Rhodes is going to hire film director John Abrahams with such credits as Hot Shots! Part Deux in which the failures of a President are re-calibrated around his jovial attitude. Even love for cookies.