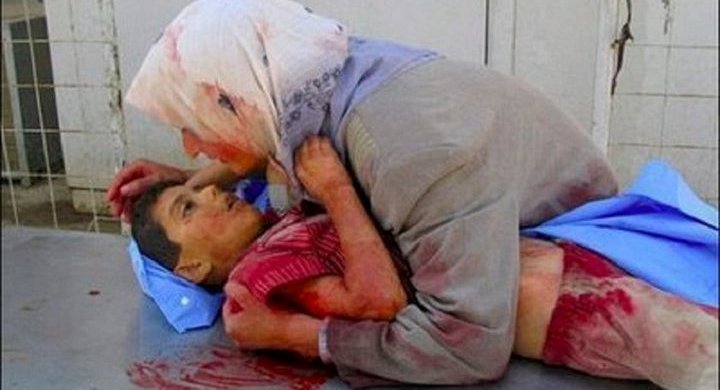 It is hard for American-Syrians, who left their home country in pursuit of a better life in a welcoming nation of brave men and women, to watch Syria and witness the Syrian civil war without responding to its tragedy and terror with a heart and a song.

It is hard for American-Syrians to watch Syria and see her women and children suffer at the hands of violent men as much as it is hard to see men in power ignore the death and destruction for reasons that lack good judgment and reason.

It is hard for American-Syrians to watch Syria, our nation of birth or ancestors burn to the ground without understanding why such tragedy can elicit so little response from world leaders unable to act and a world community ill-prepared to protect through the United Nations.

It is hard for American-Syrians to watch Syria and see streaming videos of mayhem, of young Syrians gone astray, of extremism and zealotry run amok, and of terror and violence become the norm for everyday Syrians.

When these hard moments come about, we write our pain with words that cannot possibly express it justly.

Here is one poem to express the pain most American-Syrians, without a doubt, feel in their guts and in their hearts.

Watch savagery in motion, slow to render, hastened by no response

Watch the mighty stand as giants, act as mice, hide as bats

Watch the agendas fly in the face of reason, flaunt their wares secretly

Watch people recoil, ignore, neglect, deny their humanity in others

Watch history struggling to say more than it writes, less than it wants

Watch our people, watch yourself react, watch us no more