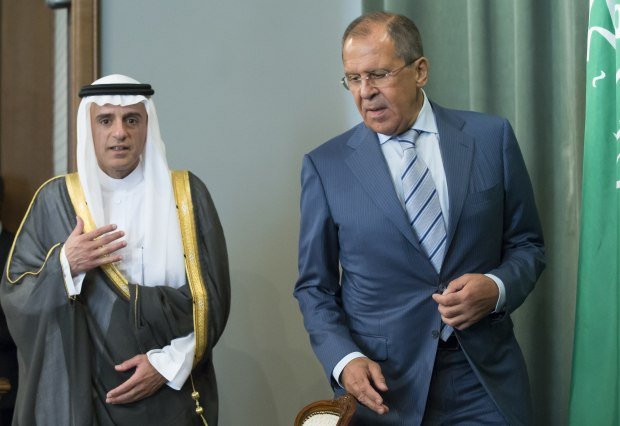 Fight for Syria Future Begins With the Opposition

January 23, 2016 5:44 am 0
The Significance of the Battle for Aleppo
Syria’s Plan to Give Up its Chemical Weapons Could Make Things Worse, Not Better
Syria’s schools feel blast of Russia war planes

The fight for Syria’s future begins with the fight to select the opposition to Assad. Since many countries have non-mirroring interests as to what Syria should or should not become, they are all fighting today to assert their rights to be kingmakers. The fight for Syria future begins with selecting the opposition to Assad himself.

Russia is suggesting its own list of Syrian opposition all, in reality, are the same Assad agents and spies posing as opposition. Why? So they could weigh-in in favor of Assad. The problem though, because of Assad’s psychotic episodes and schizophrenic disposition, the names Russia proposed, after they were made public, became all Assad targets. Assad would never let them off the hook when selected by Russia because he is a paranoiac mental case. He thinks they turned on him by striking a secret deal with the Kremlin the way Abdelaziz al-Khair tried. That fellow paid a steep price for his overtures to replace Assad.

Assad is sitting back, meanwhile, watching in awe this piece of drama unfold. As long as the fight surrounds who is an opposant and who is not, Assad is safe. No one is talking about his heinous crimes against humanity or discussing his future. The fight for Syria future begins with selecting the opposition to Assad himself.

The fight for Syria’s future begins with the fight to select the opposition to Assad, which seems is challenging men of power and countries alike. When Assad falls, the country who has advanced its own list of opposition members will see its choices ascend to power to protect their interests in a new Syria.

Do the people of Syria have a say in who should lead them? Apparently not. Foreign countries have taken that responsibility away from them, which leads us to ask a very useful question. Is this whole exercise of who should represent the Syrian people futile when Syrians have voiced no say into who should lead them? Because if they do not chose, we are heading towards an Assad-like regime by replacing one brutal dictator with another.

Fight for Syria Future Begins With the Opposition