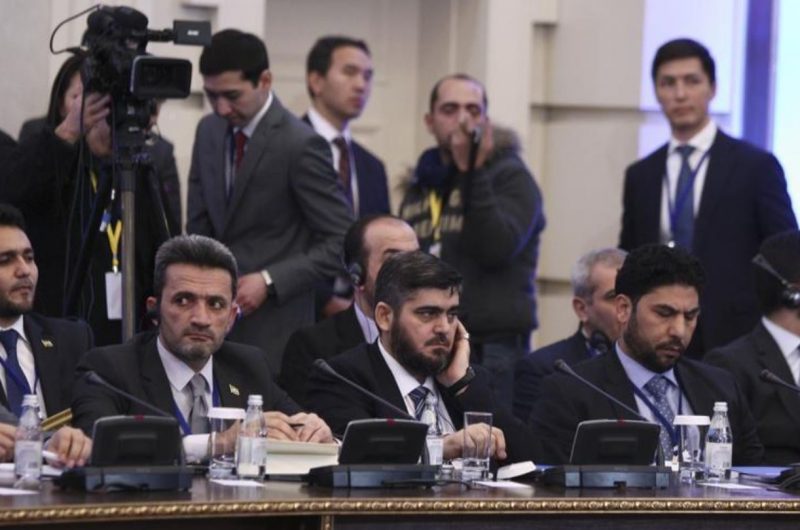 November 1, 2017 12:54 pm 0
Russia Says 4 Soldiers Died in Syria. Multiply This Number by Five
Who Wants a War Between Syria and Turkey?
Trump Keeps Half Pregnant Presence in Syria

Syria’s opposition rejected a Russian-sponsored initiative to reach a political settlement to the civil war, as Turkey protested against moves to involve Kurdish groups, in an early setback to Moscow’s peacemaking bid. In effect, the Syrian opposition rejects Russia-sponsored peace initiative.

Having intervened decisively in the Syrian war in 2015 in support of the Assad regime, Russia now hopes to build on the collapse of Islamic State to launch a political process to end the six-year-old conflict.

Syria’s government has said it is ready to attend the Nov. 18 Sochi congress which is set to focus on a new constitution, saying the time is right thanks to Syrian army gains and the “terrorists’ obliteration”.

But officials in the anti-Assad opposition rejected the meeting on Wednesday and insisted any talks be held under U.N. sponsorship in Geneva, the scene of a string of failed peace efforts.

The congress amounted to a meeting “between the regime and the regime”, said Mohammad Alloush, a member of the opposition High Negotiations Committee and a senior official with the Jaish al-Islam rebel group. Thus, the Syrian opposition rejects the Russian initiative out of hand.

The HNC was surprised it had been mentioned in a list of invited groups and would “issue a statement with other parties setting out the general position rejecting this conference,” Alloush told Reuters.

The Turkey-based Syrian National Coalition (SNC) political opposition group said the congress was an attempt to circumvent “the international desire for political transition” in Syria.

Russian air power played a big part in the defeat of rebels in opposition-held eastern Aleppo and other areas last year.

“What kind of Syrian-Syrian dialogue will it be under the sponsorship of the (Russian) criminal?” said Eyad Shamsi, another HNC member and the head of a rebel faction.

A Russian negotiator said on Tuesday that Syrian groups who choose to boycott the congress risked being sidelined as the political process moves ahead.

Russia has invited 33 Syrian groups and political parties to what it calls a “Syrian Congress on National Dialogue”.

Helped by Russia’s air force and an array of Iran-backed Shi‘ite militias, Assad has defeated many of the Syrian rebels who were fighting to topple him, leaving them confined to enclaves in the west.

Damascus and its allies have also recovered swathes of central and eastern Syria from Islamic State in recent months, while a separate campaign by U.S.-backed Syrian Democratic Forces (SDF) has driven IS from other parts of the country.

The separate campaigns are now converging on Islamic State’s last strongholds in Deir al-Zor province at the Iraqi border.

Russia’s decision to invite Kurdish groups which dominate the SDF to Sochi triggered objections from Turkey on Wednesday. Ankara, which views the dominant Syrian Kurdish groups as a national security threat, said it was unacceptable that the Kurdish YPG militia had been invited.