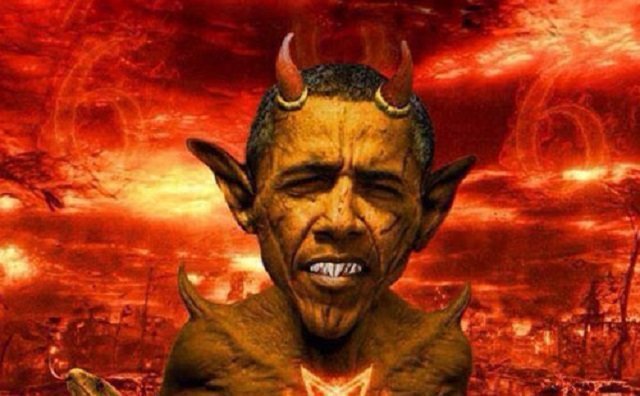 How could that be, you must be asking yourself. How could Falafel interview a dead ISIS terrorist?

Folks, it truly happened. The man, after being dead for some 30 minutes, stood back up full of life. The first thing he asked for was not to see his family, but to talk to the famous Falafel.

At first, Falafel thought it was a joke, but the serious voice of his doctor at the other end of the line convinced him to take the dangerous trip to Raqqa to talk to a dead ISIS terrorist who returned to living.

As soon as Falafel walked into the tiny, dirty room where the dead ISIS terrorist was permitted to rest before he joins another battle, he felt a strange vibe.

Falafel: You wanted to speak, here I am.

Dead ISIS Terrorist: What happens after we die.

Falafel: OK friend, what did you see?

Dead ISIS Terrorist: Call me Abu Haqiqa. There are no 72 virgins waiting for us in heaven. What was waiting for me was Barack Obama.

Falafel: What in heaven are you talking about?

Abu Haqiqa: No, not heaven. He was in hell. Barack Obama resuscitated me back to life.

Falafel: So you are saying there is no heaven for terrorists, only Barack Obama to send you back?

Abu Haqiqa: Yes. He looked angry that I died and he told me to go back and fight the Israelis. He wore a bandanna with “Death to Israel” printed across. I must tell the others Obama wants us fighting Israel, not America or Europe.

Falafel: How do I know you are telling the truth?

Abu Haqiqa: He was flanked by Michelle Obama and Valerie Jarrett both wearing nurse’s uniforms, both also resuscitating all the IS fighters killed and sending them back.

For all the Muslim terrorists out there, it behooves you to spread the story of Abu Haqiqa around. After you die, there will be no 72 virgins waiting for you, no fountains of youth, and fruit trees for as far as the eye can see. After you die, you will meet in person Barack Obama and his two wives. All three want you to attack our ally Israel.

Instead of heaven, you will be in hell, Obama’s official residence after a long and a happy life destroying the lives of others.